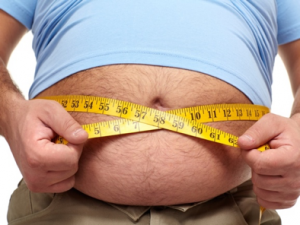 It’s a perplexing reality that approximately 35% of the US adult population is “obese”. This ominous term is used to describe being overweight to the detriment of one’s health. Obesity is commonly thought to be caused by overeating, lack of exercise, biological and environmental factors. With this in mind, it isn’t crazy to think that eating fewer fatty foods or hitting the gym would make the scale’s needle go down. However, for some, diet and exercise are ineffective – but why? 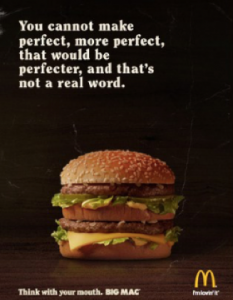 you turn on the TV at 9 P.M. after having dinner a couple hours earlier. However, upon flipping through the channels, you see the juicy, seemingly perfect Big Mac, and your hunger intensifies like the thirst of a Saharan nomad in July. Your ability to be stimulated to hunger by the images may make you something called a ‘sign-tracker’. Alternatively, maybe you see the ad and aren’t impressed by the simmering, scandalous Big Mac. The ability for your hunger to be unaltered by the food images may make you what’s known as a ‘goal-tracker’. These different groups may be the genetic key to understanding different motivations that lead to obesity based on how each group views images of food.

A study done by Versace and colleagues in 2016 posited different types of obesity by breaking it into these two genetic groups. The participants were separated into groups based on how their brains reacted when viewing images across 8 categories, one being high fat/sugar foods. ‘Sign-trackers’ showed more brain activation for food i 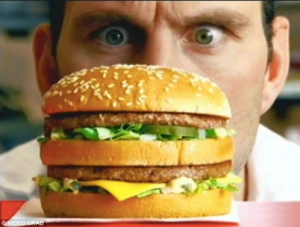 mages, placing them approximately at the arousal level of erotica and romance pictures. The ‘goal-trackers’ viewed the food images with approximately the same activation as neutral images, which showed much less stimulation than erotica and romance pictures. Based on these two groups, it wouldn’t be irrational to think that the ‘sign-trackers’ would be the obese individuals, right?

Sort of.  Although researchers observed a higher proportion of obesity in the ‘sign-trackers’ group (40% obese versus 23% lean) [Versace et al. 2016], there were some obese ‘goal-trackers’ as well, though there was a higher probability for ‘sign-trackers’ to be obese than ‘goal-trackers’. This clashes with the idea that all obese individuals are stimulated to eat by food cues alone; some are driven to eat by other motivators, such as emotion or because they think they aren’t eating enough.

Knowing that a person can be aroused to eat just by seeing food, or that another could be unaffected by food images but still excessively eat, allows dieticians and doctors to personalize weight reduction methods to address obesity based on how different brains are wired. Of course, some are affected by obesity because of hormonal factors or diseases, and hopefully this article shows that obesity is more nuanced than simply loving fatty food. Instead, maybe there’s a genetic inclination to be attracted to food in different ways. With this knowledge, obese and lean individuals alike will be better informed about their weight and how they view food.