We’ve all stumbled upon graphic 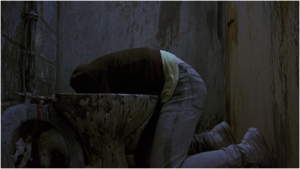 depictions of drug abuse at some point—they certainly aren’t hard to find. Maybe you’ve seen the eye-catching fMRI images of brains that adorn scientific journals and tabloids alike, blaring “this-is-your-brain-this-is-your-brain-on-drugs” in polychrome. Perhaps you’ve checked the evening news and been informed of the latest casualty in America’s opioid epidemic.

Maybe, like me, you’ve Googled a favorite actor (Ewan McGregor) and come across a cool-looking, critically-acclaimed film (Trainspotting). You expect to settle in to a relaxing movie night with popcorn and a Dr. Pepper and instead you end up witnessing the horrors of heroin addiction—prison time, STIs, and even the neglect of a child.

So drug addiction has marked its territory well in the media—but why? Why are there so many people doing something that is so physically ravaging, that opens the doors to crime, disease, and death? What is so compelling about drugs they could make a person neglect everything else in their life? 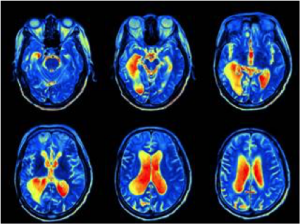 Amy Tindell and her team of researchers may have the answer. In their lab, rats are tested to understand how and why the brain experiences that intense desire—or “wanting”—for drugs that is associated with addiction. The most important aspect of their experiment is the relationship between the physical state of the rat at the time of the test and the type of reward it is receiving. In order to test this relationship, they measure the activity of a specific group of neurons (brain cells) associated with wanting.

When a rat tastes a treat (such as sugar water), or hears a cue that predicts a treat, those neurons fire a lot. In the case that the reward is something the rat does not like (such as strong saltwater), they don’t respond very much.

In the case that the rat is deprived of salt before the test, it hears the cue for saltwater and those neurons fire almost as much as they would for sugar water. The formerly-gross saltwater is now wanted immensely—and the only change has been the physical state of the rat. The rat’s brain has, as Tindell puts it, experienced a “recomputation.”

A drug addict is a person whose tolerance to a drug has put them in a physical state similar to that of the salt-deprived rat—they need Accordingly, that group of neurons associated with wanting has undergone recomputation—which is the reason that addicts experience such intense desire for the drug. Understanding how the brain of a drug addict works can help us get a grasp on their seemingly unusual behavior and thinking, and can lead to more effective rehabilitation and treatment.

So, to answer the original question, an addict neglects important aspects of their life because their brain, the control center for rational thought, has been hijacked—it is forcing them to have a powerful desire for the very thing that is destroying their life.