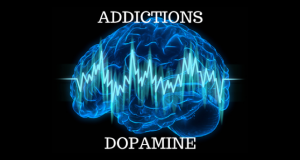 What could be better than sex, drugs, and rock and roll?  The answer is the one thing that they all have in common: dopamine.  Once thought of as the “pleasure neurotransmitter” because it is so often associated with pleasurable rewards, dopamine is highly involved in our reward system.  Thus, sex, drugs, and the music you love listening to, all elicit a rewarding response mediated by dopamine.

But this just scratches the surface of understanding how our bodies respond to these types of rewarding stimuli.  Moreover, we have an entire system that deals specifically with the rewarding properties elicited by drugs.  This system is highly manipulated by hormones that work to alter and amplify drugs’ neural effects, possibly even leading to the increased addictive qualities those drugs take on. 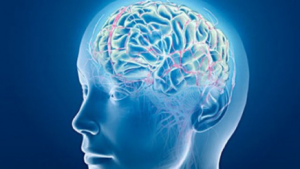 In furthering the investigation between hormones and addiction, an interesting phenomenon emerged.  Data showed that women experience higher rates of addiction to cocaine and relapse thereafter.  So, what differences between males and females could allow for this distinction?  By looking at the neurochemistry during the oestrus cycle (the cycle, specific to women, of higher circulating ovarian hormones), scientists attempted to find an explanation for women’s increased vulnerability to addiction.

Hormones affect so many aspects of a woman’s life, yet it still comes as quite a shock that they would play a role in addiction and relapse.  It turns out the ovarian hormone estradiol, which is especially high during the oestrus cycle, leads to the release of dopamine in the brain.  Normally, this increase would not lead to addiction.  However, because drugs are known to cause the release of dopamine, when combined with this hormone (which already increases dopamine levels) the effect of the drug is significantly enhanced. 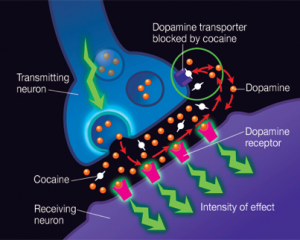 Typically, this system releases dopamine in anticipation of receiving a reward (in this case, cocaine).  This dopamine then enters the synapse (the space in between neurons), and the remaining dopamine is removed from the synapse by a transporter.  Cocaine then affects the brain by attaching itself to that transporter, which prevents the clearing of dopamine.  This leaves the dopamine in the synapse, which is precisely what gives you that enhanced, rewarding feeling that drugs elicit.

So, what happens to this system during the female oestrus cycle?  The high levels of estradiol not only result in 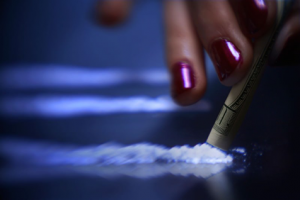 higher dopamine concentrations, but also change the shape of the transporter to which cocaine binds – this makes it easier for cocaine to latch onto this transporter, and prevent the clearing of dopamine.  Ultimately, this process begins to create stronger associations between the reward properties of cocaine and cocaine itself.

Evolution did not simply develop this reward system to make recreational drugs more rewarding.  Rather, these drugs hijack the dopaminergic system in the brain, which can be very dangerous, especially for women during their unavoidable and ever-irritating oestrus cycle.  So again, what could be better than sex, drugs, and rock and roll?  Well, not just dopamine itself, but specifically dopamine during that special time in every woman’s month.