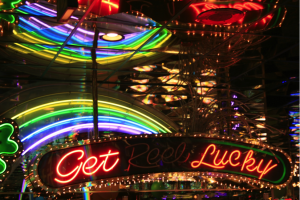 Imagine that you are on vacation, and you go to a casino. Walking in, you notice a few people sitting behind a table with a large poster taped to the front: “SEE XXX PICS OR MAYBE WIN $$$. IT’S FOR SCIENCE.” Intrigued, you stroll over. A seated researcher asks if you want to participate in an experiment and describes the process. First, you would be shown a signal to anticipate one of two rewards: a picture of a naked woman, or a picture of how much money you could win. Next, you were to quickly press a button indicating the signaled reward. If you pressed correctly, you had a chance of being shown the picture or given the money. You participated and found the task simple. The woman was attractive, and it was nice to win money, so you responded equally quickly to both of the signals.

The researchers indicated that this hierarchy is both due to pathological gamblers’ becoming more sensitive to anticipating money and less sensitive to anticipating other rewards. Additionally, this finding helps explain prior research showing that pathological gamblers sometimes are not aware of whether they are winning or losing while playing (Nower and Blaszczynski, 2010).

Thus, this research suggests that pathological gamblers pursue money over other kinds of rewards because they find it more intrinsically motivating, and even when they get other kinds of rewards, gamblers do not find them as exciting as money. Unfortunately, these two elements can work together to encourage a gambling addiction.

Eventually, you won money, just like all the real participants did, regardless of performance. Maybe you’ll donate your winnings to future research to seek ways of treating pathological gambling by “resetting” money’s motivational properties. Until then, have fun, and be careful. 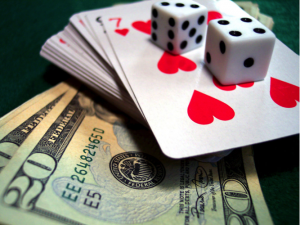