The role of your brain in determining the value of food 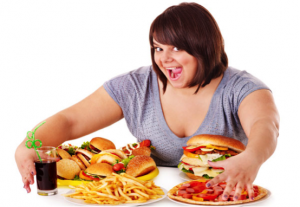 Are you a health nut? Junk food lover? Somewhere in the middle of trying to be healthy but not being able to resist the juicy hamburger and french fries? No matter your answer, you are not alone. We are all unique and our eating habits contribute to this. However, as recent studies have shown, our eating habits may not diverge as far as we might believe. Instead, we all may be guilty of unconscious attraction to cues from foods high in calories, regardless of nutritional value. To look further, researchers have conducted a study comparing the amount of calories in foods to how much people desire them, in order to further understand the motivation behind overeating.

The study consisted of two parts, one where subjects were asked to predict the caloric density in a specific food shown to them, and a second one where subjects were asked to bid a specific monetary amount for a food shown to them. Because the act of ‘wanting’ something is hard to categorize, analysts used an auction to assign a numerical value to the subject’s want for different foods. Subjects were shown a picture of a food item and asked to give a value between $0 and $5 for which they would be willing to pay for it. The results of this study showed that, in general, people are pretty terrible at guessing how many calories are in a food. Understandably so, as a small candy bar has far more calories than a large head of lettuce. However, researchers did find that the amount of money participants were willing to pay for each food item had a strong correlation with the actual amount of calories in the food item. This relates to the idea of our mind constantly fighting our body when it comes to eating: we know we shouldn’t have that cookie because it’s unhealthy, but our body craves the energy resource coming from the high number of calories that cookie contains. Thus, when in a state of hunger, we tend to crave the reward from foods dense in calories over nutritional content.

When it comes to the desire for certain foods, this study found that certain areas of the brain are more strongly activated the more calories a food has, which is learned from previous experience of eating that food. Your brain can look back to the last time you ate a hamburger and remember all the delicious calories it contained, along with the spike in energy that followed. As a result, when subjects were shown images of foods high in calories, the area of their brains that determines subjective value was strongly activated.

So what’s the big picture? How do these findings relate to overeating? It is possible that our attraction to caloric density is a large factor behind overconsumption of unhealthy foods, which can act as a precursor to obesity. These results are the first steps towards understanding how our brains’ responses to food cues can cause us to overeat.

FIND OUT MORE AT http://pss.sage.com/content/by/supplemental-data