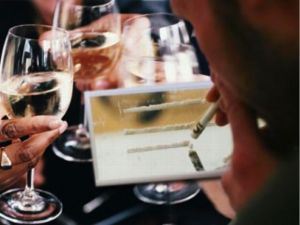 When you wake up, do you immediately crave that first cup of coffee? Do you sit in work, often imagining the satisfaction from the deep inhale of a cigarette? Or the relaxing effects from alcohol after a long day? These may seem like trivial or somewhat unimportant aspects of our daily lives. However, these behaviors have significant effects on the brain. A recent study by Dr. Carrie Ferrario and Dr. Terry Robinson at The University of Michigan suggests that brain sensitivity, induced by repeated drug use, is critical to later developing drug addiction.

The researchers studied the effects of repeated doses of amphetamine on subsequent cocaine intake. They gave one group of animals saline and the other group of animals amphetamine, then gave both groups access to cocaine. It turned out that the animals given amphetamine more than doubled their cocaine intake from first to last day and increased their cocaine intake more rapidly than the rats given saline. So, what does this mean? The group given a psychostimulant prior to cocaine access wanted more cocaine. The repeated intake of amphetamine tickled a brain pathway, subsequently increasing addictive-like behavior.

So, how does this affect us? This study gives us greater evidence that socially acceptable drug behaviors can make us more susceptible to addiction. Nicotine is frequently referred to as one of the most popular “gateway drugs” because its use commonly precedes addiction of more illicit drugs (Kandel & Kandel, 2014). A report in 2012 described that 87.9% of U.S. adults ages 18-34 who have used cocaine previously smoked cigarettes (Kandel & Kandel, 2014). The changes in neural circuitry associated with the first drug, nicotine, are correlated with the addiction-like behavior associated with the subsequent drug, cocaine. This phenomena of developing addiction to a completely different drug than the one used prior is called cross-sensitization.

This study gives us greater understanding of how behaviors can affect addiction and neural circuitry, but the picture is not entirely clear. This does not mean that your morning coffee, daily cigarette, or evening drink will necessarily make you an addict; dosage of the drug, genetics, and history of drug use is important in determining susceptibility to the disease. However, intake of even socially acceptable drugs can have long-lasting impacts on the brain by increasing susceptibility for people predisposed to addition. This might make you think twice next time you are pouring your midafternoon drink or having a midday cigarette.

Rilwan Babajide read and edited my paper for stylistic errors and word choice. He also helped me improve the paper’s clarity and flow. Professor Mike Robinson read my paper and provided feedback on it regarding terminology, structure, and the relevance of the study. I also asked a student, Sarah Banker, for feedback on my paper and she helped me with the catchiness and overall language use of the paper.