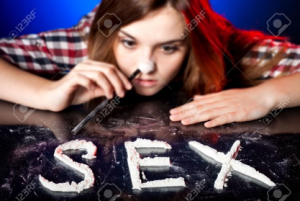 If you showed a picture of a pretty girl in a bikini to most teenaged guys, they’d probably say something along the lines of “she’s hot”. They might talk about her features, tell you why they like her, and may ask to see another picture or two. But for most, that picture is nothing more than a brief moment of sexual excitement. For guys like Eric, however, they don’t see it that way. To him, a picture like that can trigger so much more.

Eric has struggled with a strong sexual compulsion his whole life, but he can’t quite pin down the cause. At first, he saw nothing wrong with blowing off dates with real girls to browse internet porn, or bleeding his bank account dry to pay for sex with escorts. Over time, however, he saw his priorities change. He began to crave a real relationship with someone, and sought to make that a reality. He began optimistic, but as time went on, he saw himself sink deeper into depression as he failed to make his dreams reality. He struggled with each passing day for years, until finally, it had reached a breaking point. Unable to connect to anyone, and fearing he’d forever be alone, Eric took his own life at the age of 22.

Compulsive sexual behavior (CSB) is a sex disorder that affects roughly 2-4% of the population. (Voon). While that number may seem vague, consider this: a study conducted by The Williams Institute School of Law at UCLA reported that the number of people who identify as LGBT worldwide is around 3.5%. (Gates) There are just as many LGBTQ members as there are CSB patients walking the streets. CSB involves an increase in frequency and intensity of sexual thoughts, as well as a heightened drive to engage in sexual activities. This behavior can have seriously negative consequences for those who are afflicted, and in serious cases, they end up like Eric. The isolation brought on by their struggle alienates them from the rest of society.