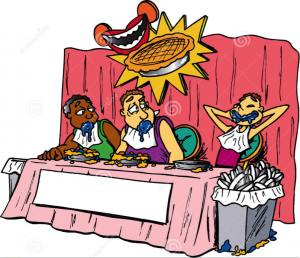 There are people who eat what they want without gaining weight, and those who eat what they want and become fat. Researchers at the University of Michigan found that some individuals are more susceptible to obesity caused by poor dieting than others. Using rats, the study tested whether there is individual susceptibility to junk-foods diet-induced obesity to examine if there are pre-existing increases in attraction to and motivation for palatable food cues.[1] Susceptible rats showed greater approach to these cues prior to developing obesity.

Data found that rats susceptible to diet-induced obesity gained significantly more weight and ate 10-15% more food than non-susceptible rats when given free access to junk food. When cued that food would be arriving, susceptible rats showed greater responsiveness to the cue than non-susceptible rats, meaning that humans that are susceptible are more likely to eat when food is available. When food was not presented after receiving the food cue, susceptible rats showed signs of greater motivation to try and receive their food by attempting to manipulate the area where food was presented. Dr. Robinson concluded, “the susceptible rats’ increased attraction to sucrose-associated stimuli may relate to why obese children are seen enjoying their treats before the other kids. They react to food faster, and they take a unique approach to access it in competition with the fast kids who run straight for it.”*.

It is suggested that susceptible rates have increased pre-existing sensitivity to food-cue-induced motivation and exposure to junk food exacerbates that sensitivity. Thus, it is necessary to moderate palatable food consumption before the desire to consume them becomes addictive-like.

Indulging in sweets is a treat, but having this pre-existing sensitivity may put you at risk of metabolic dysfunction. Data showed that susceptible rats that gained a significant amount of weight showed greater increases in fasting insulin levels after 15 weeks on the junk-food diet compared to non-susceptible rats. High fasting insulin levels cause the body to suppress the breakdown of fat cells and stimulate fat storage. [2] Thus, causing unwanted fat gain.

Occasionally treating yourself to a tantalizing brownie won’t cause much harm… Right? Wrong! Within the first week of the junk-food diet, susceptible rats gained significantly more weight than rats that aren’t. Also, because exposing yourself to junk food greatly increases your desire pursue the cues associated with it, susceptible people may be walking down a slippery slope.

Good work Nate. There are some good points in here and you often convey them well although there are moments when your sentences or main points are not excessively clear.