Sam Reeves: This week, we will be focusing on a very important and relevant issue: the destigmatization of psychological disorders. People who criticize those with psychological disorders for not “helping themselves” are perhaps unaware of the psychological and even cognitive differences that may be at the root of such disorders. Today’s guest is Marie Stone, a psychologist from the Walden Treatment Center. Hi Marie! Would you start by telling us about your experience working with patients with eating disorders?

Marie Stone: Good morning Sam! As someone who works in treatment, I’ve seen first-hand how devastating eating disorders can be. Apart from the pursuit of weight loss, people with 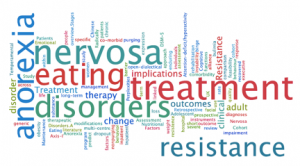 anorexia often have difficulty finding things rewarding. This suggests deeply rooted differences in their reward and pleasure systems. They have an enhanced ability to suppress desires for immediate rewards, like food, in order to obtain long-term goals, like weight loss.

Sam: I imagine the nature of their reward systems may also contribute to other unhealthy behavior, such as making appropriate decisions regarding treatment.

Marie: Absolutely. They value weight loss so highly that even if they do seek treatment they may not fully engage with the process.

Sam: I see. Have there been studies that have have isolated or identified these cognitive differences relating to reward?

Marie: Yes! Christina Wierenga led a study examining how women who are recovering from anorexia respond to rewards when hungry. “Delay discounting” refers to the decline in the perceived value of a later reward. For people without anorexia, hunger increases their preference for more immediate rewards, like food. When you are hungry, the cookie in front of you is more irresistible than a cake tomorrow, whereas when full, you could wait. However, hunger does not seem to motivate the pursuit of food, or other rewards, in individuals with anorexia. This insensitivity to hunger and greater self-control may play a critical role in food restriction, as weight loss is a future “reward.”

Sam: How were the researchers able to measure these differences in motivation? 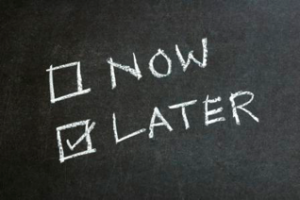 Marie: Interestingly, the researchers used money as the rewarding stimulus, because they feared food may be anxiety-provoking for individuals with eating disorders. The participants were given a choice between receiving a small but immediate monetary reward, or a larger monetary reward in the near future. For example, $20 today or $100 next week. Using brain imaging technology, they observed individuals’ brain activity during this choice task when hungry or full. People without anorexia preferred the more immediate reward when hungry, but chose the delayed reward when full. However, individuals in recovery from anorexia chose the delayed reward when hungry and full. This suggests people with anorexia are less sensitive to feelings of hunger when determining the value of rewards. Thus, though they may be unhealthy and emaciated, they continue the persistent food deprivation because they are more sensitive to the value of the future weight loss.

Sam: Well… Marie, thank you so much for coming in today! Hopefully we will continue to understand more and apply these findings to treatment.