In a world consumed with technology, the erroneous beauty standards put forth by the media have more influence than ever before. That beautiful model? She was probably edited so heavily you would barely recognize her if she was standing in front of you. Still, these images infiltrate our minds and create a breeding ground for unhealthy and restrictive eating habits. 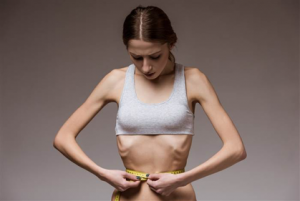 About 30 million Americans suffer from eating disorders (ANAD.org, 2016). One of the most common of these disorders is anorexia. Categorized by a prolonged restriction of food, anorexia is often caused by a combination of both social and psychological factors, such as media-related body image issues, anxiety, and obsessive compulsive disorder. Chances are you’ve seen the images of the emaciated anorexic body, but what’s happening in the anorexic brain that allows people to voluntarily push themselves past the point of starvation? 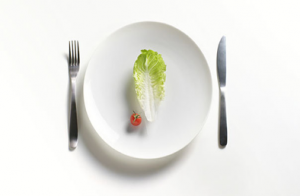 In a recent study, scientists compared a group of women who have been in remission from anorexia for one full year with a group of healthy women. They created questions that tested the participants’ tendencies when choosing between short-term and long-term rewards. Using money-based scenarios to simulate the decision making process, they posed questions like—would you rather receive $100 right now, or $1,000 after a year? The participants answered these questions on two different occasions: once after they had fasted for 16 hours, and once after eating a healthy breakfast. The results showed that the healthy women were more likely to choose immediate rewards, especially when hungry. This mechanism helps humans feel more motivated for food (a short-term reward) when the body needs it most. However, women remitted from anorexia valued delayed rewards, regardless of how hungry they were. So what’s going on here?

Using MRI scanners, experimenters tracked the participants’ brain activity during the decision-making process. For people with a healthy relationship to food, hunger activated the “reward valuation” areas of the brain that help us recognize the importance of eating. Because people who have suffered from anorexia are preoccupied with long-term weight gain, these areas were less active, making food seem less rewarding. Instead, completely different areas of the brain associated with cognitive control took charge. It’s like the time you passed up that delicious chocolate cake in favor of achieving your swimsuit body by summertime. However, when this behavior becomes chronic, it allows people to override signals that motivate normal feeding patterns—like extreme starvation and severe lack of energy—in exchange for more emotionally salient rewards, such as remaining thin.

This breakthrough study pinpoints the distinct differences in brain function that allow sufferers of anorexia to restrict food past the point of starvation. It also suggests that some people may be born with an impaired ability to respond to the salience of rewards, thus making them more susceptible to eating disorders when placed within our image driven, media consumed society. With this data, scientists may be able to create more effective treatments that involve retraining these specific areas of the brain.