The shrouded hippie lifestyle of peace and love may be more gripping than you think. It’s more than the early-morning cloudy daze, or residual crystalline powder from the last roll, clinging to the side of the Frisbee. Its grip is deeper, down to the core. 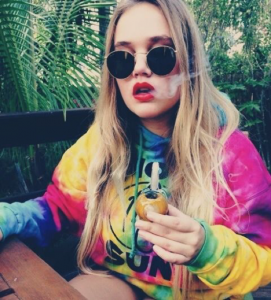 Marijuana’s psychoactive effects are understood to be onset by cannabinoids within marijuana. Upon consumption, these particles bind to neural receptors and stimulate dopamine transmission in your brain, from the ventral tegmental area to the nucleus accumbens (NAcc) in the ventral striatum. This is important because these area of the brain coordinates motivation and reward, two cornerstones of behavior.

A longitudinal study published by jamapsychiatry.com from the University of Michigan, however, presents a new and mixed message. This study is the first to report longitudinal associations between marijuana use and NAcc activation during a “nondrug”-reward anticipation task: namely, that there is a prospective association between marijuana use and decreased NAcc activation to monetary reward anticipation.

Blunted NAcc activation among marijuana users, in response to reward anticipation, goes directly against previous reports of higher NAcc activation response to reward anticipation amongst marijuana smokers versus non smokers. This debunks the claims that weed is “a gateway drug” by decrying heightened activation among marijuana consumers used to link several behavioral traits associated with risk of substance use disorder. It does not, however, explain the potential for neural alterations brought about by marijuana.

A blunted NAcc activation suggests lesser responses to non-drug rewards. Weed could be quite literally taking the sparkle out of life, or at least be subconsciously altering the metric by which the sparkle is assessed. That the study found these effects to be progressive suggests only that longer term use leads to increased blunting effect. 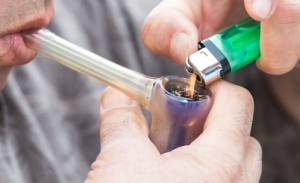 So the next time you light up, ask yourself, “is this what Jesus wants?”