Humans remain one of the few mammals to seek life-long partners. The motivation for monogamy is not fully understood, but a small mammal may provide answers. A social species, the prairie vole also practices exclusive partnership: initially they prefer one mate to other voles but once that bond solidifies, they aggressively reject other potential mates. Scientists wanted to know: What neural mechanism drives this dramatic behavioral transformation? The results may offer insight on the motivations behind human monogamy. 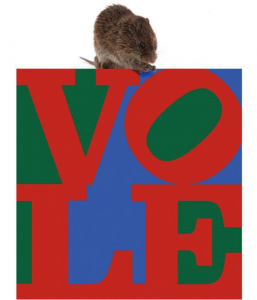 The nucleus accumbens is a brain structure that mediates approach and avoidance behaviors, depending on which dopamine receptor (D1 or D2) is activated. Researchers predicted the rewarding behavior of mating would recruit this particular brain circuit, and thus dopamine receptors could be manipulated to test the vole’s formations of pair-bonds.

The voles were given a drug that activated D2 receptors in the nucleus accumbens. Pair bonding normally starts 24 hours after mating; these injected voles made partner preferences without needing to mate. The experimenters next stimulated the D1 receptors. Although the amount of mating remained the same, the voles did not form partnerships. It appears social attachment depends on experiencing a rewarding connection: D2 receptors motivated voles to bond while D1 receptors halted the positive mental associations needed to begin a monogamous relationship.

The true hallmark of prairie voles, however, is the enduring nature of their relationships: pair-bonds are rarely broken or replaced. Interestingly, the experimenters found that as a monogamous partnership strengthened, the nucleus accumbens structurally reorganized. Compared to voles without a mate, male voles in a 2-week relationship had an increased amount of D1 receptors and consequently increased activation. Initially inhibiting to pair-bond formation, D1 had become crucial to maintaining the partnership.

Furthermore, vole behavior reflected this neurological change! Pair-bonded voles display robust aggression toward unknown intruders but maintain close physical contact with partners. This mate-guarding behavior is not inherently rewarding. Curious if increased D1 activation in the reorganized brain prevented voles from bonding with other potential mates, researchers injected a D1 blocker: the bonded voles stopped all attacks toward an unfamiliar female. Potentially, this neural change is responsible for the evolution of monogamy: a partnership formed when D2 receptors coded social interactions as rewarding, but over time the nucleus accumbens reorganized and increased D1 signaling kept voles highly motivated to “remain faithful” to their partners.

The prairie voles were also compared to their less social relations, the meadow voles. Male meadow voles were found to have on average, more D1 activation. Additionally, blocking that same receptor increased their overall interactions with females. “It makes sense that this species-specific behavior arises from differences in dopamine receptor responsiveness”*, remarked experimenter Joy Yu.

What does this say about our own patterns of love and relationships? Although we may possess a far more complex system of social interactions, there are similarities to be drawn to the monogamous behavior of these seemingly “in-love” vole couples. Most possibly, similar neurotransmitters and changes in brain organization drive our own motivations to seek relationships and stick with them.