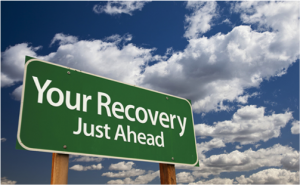 New research reveals that compulsive drug seeking might be partially your brain’s fault! Have you ever had a cup of coffee late at night because you “needed it,” even though you knew it would keep you up? Ever taken “just one more shot” of tequila knowing you’ll wake up with a pounding headache? For drug addicts, the compulsion to seek out their drug of choice is one of the main obstacles in rehabilitation. A new study suggests that heavy cocaine use causes a decrease in neuron activity in some parts of the brain; stimulation of those neurons could help prevent compulsive drug seeking.

First, consider the differences in human drug use: most people will cease drug use once exposed to negative consequences, while some will continually seek out drugs despite adverse effects. To mimic these groups in the lab, researchers trained rats to self-administer cocaine and then applied a shock to the rats’ feet when the cocaine was administered. The rat “addicts” continued to self-administer cocaine even when accompanied by shocks whereas “non-addicts” stopped seeking cocaine when shocked.

Why don’t shocks stop all the rats? Comparing the brains of the two groups showed that the neurons in the prefrontal cortex of the addicts’ required more stimulation. Dr. Miller, a neuroscientist at MIT, describes the prefrontal cortex as “a center of cognitive control, where external and internal information is processed. A lack of neuronal firing in this region makes it harder for us to control our compulsions.”* (Miller, 2001, p. 174). So, the addicts’ compulsive drug seeking could be due to a loss of the cognitive control that would normally make rats avoid foot shocks.

The question is whether changing the activity of those neurons could change the rats’ behavior. It can! When the neurons in the addicts’ brains were excited, the rats sought out drugs less often. Furthermore, when non-addicts had the same neurons inhibited, they sought out cocaine even when shocked. Interestingly, in both cases, shock must be present in order for stimulation or inhibition to have any effect on behavior. Remember how Dr. Miller said the prefrontal cortex assesses external and internal information? It could be that the excitation of the neurons is “reviving” the rats’ ability to gain cognitive control and understand that seeking cocaine leads to pain.

Since compulsive drug seeking is often an obstacle in drug rehabilitation, the ability to stimulate prefrontal cortex neurons and therefore alter behavior could lead to new techniques for helping addicts get, and remain, clean. Of course there are limitations, and stimulation of the prefrontal cortex does not cease all compulsive drug seeking, but when paired with other rehabilitation methods, stimulation of the brain may aid in the process.

This research may not stop you from seeking caffeine in the early-evening, but the implications for treatment of severe addiction promise hope for those whose lives have been negatively affected by drug use.