In high school, my favorite teacher was diagnosed with Parkinson’s disease. His hands would shake so much that he couldn’t write anything legible on the blackboard. But then, voila! He started dopamine replacement therapy and was his old self again – well, almost. He wasn’t always motivated or upbeat at school, and when he did seem excited to be there, he was practically bouncing off the walls. Nobody could pinpoint the reason why.

Dopamine is the substance that keeps you in control of your body. When a person has Parkinson’s disease (PD), dopamine levels in their body drop significantly, at which point said person will start having uncontrollable tremors and shaking. Levodopa, or L-dopa, is a drug that acts like dopamine when it is in the body. Once taken by a PD patient, L-dopa is converted into dopamine, therefore increasing bodily levels of this chemical and allowing patients to assume control over their movements once again. This is called dopamine replacement therapy. 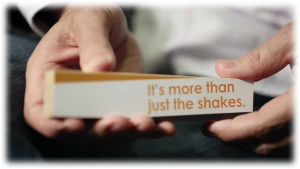 But PD is not just “the shakes” – it affects mood, motivation, and many other things. While dopamine replacement therapy helped my teacher to control his hand tremors, he could not control his mood or his behavior. If L-dopa remains one of the premier treatments for PD patients’ movement problems, why does the drug seem to cause such negative behavioral symptoms?

Recently, Dr. Delpont and his team of neuroscientists studied 102 PD patients to answer this question. Out of those 102 patients, 51 were confirmed to have severe mood and behavioral changes while taking L-dopa. With this as evidence, Delpont and his team developed the theory that sensitization – that is, the process whereby repeatedly taking a drug amplifies the body’s response to that drug – causes the negative mood-altering effects of Levodopa to get stronger and stronger with every dose. These dangerous behavioral changes can signal addiction. “Each time a PD patient takes L-dopa to combat their disease,” says Delpont, “it puts them in a greater and greater state of euphoria, resulting in uncharacteristic behaviors like excessive gambling, shopping, and eating, compulsiveness, risk-taking, hypersexuality and nocturnal hyperactivity. These hyperdopaminergic symptoms have the potential to become behavioral addictions.”* The euphoric effects of L-dopa are reasonably pleasant to PD patients, and they may not realize that they are becoming increasingly unstable as they treat their disease.

Levodopa is an amazing drug, and it has helped countless PD patients manage the negative motor effects of their disease. But there are other problems that cannot be seen. These findings suggest that neuroscientists still have a long road ahead of them in developing a successful dopamine replacement/replication treatment for the negative nonmotor effects of L-dopa and. We need a holistic treatment for PD that gives patients control over both their bodies and their minds. Early detection of behavioral changes in PD patients – and proper therapeutic decisions made with the presence of these changes in mind – might help us in stopping behavioral and dopamine addictions in these patients, leading to a higher quality of life for all.