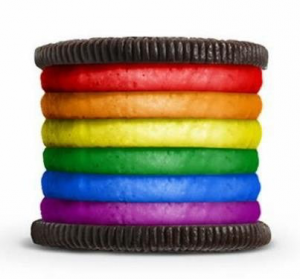 “Hey faggot!” Sound familiar? Have you ever taken part in sending or receiving this sort of phrase? To be part of the LGBTQA+ community is a blessing and a curse. It’s an instant unifier, a cool fun fact, and automatically grants passage to an exuberant community. However, sexual minorities are at a much higher risk to addiction in relation to their heterosexual counterparts.

Ask yourself; what is the scariest substance to be addicted to? The response would probably be hard drugs, like heroin or cocaine. But what about when you need your addiction to survive? Food addiction, while controversial, can be fatal. While it’s possible to eventually rehabilitate and cleanse heroin from your system, think about what would happen if you went cold turkey on food.

Studies have investigated sexual minorities and drug addiction— but what about food addiction? Rainey, Furman, and Gearhardt took a closer look. They conducted a study comparing food addiction between the LGBTQA+ community and heterosexuals. They sent out a survey to participants from all ages, ethnic backgrounds, BMIs, and sexualities. 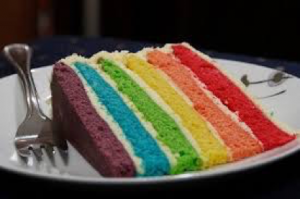 The survey investigated 4 main points. It measured ratings on the Yale Food Addiction Scale which is a self-ranking system with elevated rates indicating higher chances of addiction. Other questions were in regards to the Heterosexist Harassment, Rejection, and Discrimination Scale (HHRDS). While obviously not all straight people are homophobic perpetrators, this discrimination is part of the “why” behind the results. It tested if individuals that experienced more harassment had a higher risk of food addiction. The next scale measured Self-Compassion. This gauges the very abstract concept of emotional self-care; what we say, do, and think to ourselves. Those with higher levels of self-compassion may be less impulsive, experience a less extreme range of emotions, and accept themselves for who they are. The final traits measured were the aforementioned demographics; age, ethnicity, sexuality, and Body Mass Index (BMI). 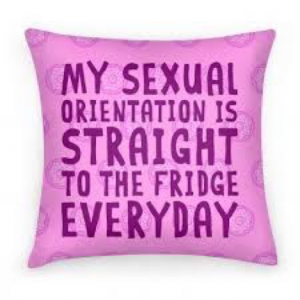 So, why does this matter? The results show that members of sexual minorities are more at risk/are already victims of food addiction. The fact that those with higher levels of self-compassion are at a lower risk could explain how addiction may stem from judgment and pressures of society. Early intervention could help foster self-compassion. If you hear any forms of bullying, even in jest, it is crucial to keep in mind that you never know what someone is going through, and that that kind of abuse is accumulative and lethal. You do not want to contribute to the domino effect of addiction.