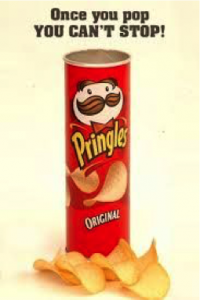 These catchy slogans may make some of your favorite foods– chips, hamburgers, pizza– even more delectable. But, what if these catchphrases reveal some truth? What if certain ingredients actually made it hard to stop eating once you’ve started?

Researchers from the University of Michigan recently examined how processed foods like cookies and pasta can lead to problematic eating patterns similar to addiction1. They defined “food addiction” as losing control when eating certain foods and being unable to reduce consumption despite wanting to do so. If you can’t easily stop once you pop open a can of chips, it’s possible you suffer from food addiction.

In the study, researchers focused on the roles played by two main ingredients in processed foods—added fat and refined carbohydrates—in food addiction. While whole foods like fruits naturally contain carbohydrates, consuming refined carbs can activate the brain’s reward pathway, often involved in addiction2. Refining carbohydrates, like purifying a drug from a natural substance, is believed to increase the food’s rewarding effect on the brain, increasing the addictive potential. Added fats within processed foods, meanwhile, can increase a food’s palatability and may also lead to overconsumption.

Although food addiction is not currently recognized as a unique condition by the American Psychological Association, binge eating disorder (BED) is similarly marked by a lack of control when eating and is estimated to affect 3.5 percent of women and 2 percent of men in the United States within their lifetimes. The prevalence of BED among both men and women was found to be higher than that of anorexia and bulimia combined3.

In the Michigan study, researchers used a tool known as the Yale Food Addiction Scale (YFAS) to measure addictive-like eating patterns among participants in 35 foods, about half of which were processed. As expected, foods with high amounts of refined carbs and added fat, such as pizza, cookies, and chips, showed the most addictive potential. Foods like beans and broccoli with low levels of fat and refined carbs were the least problematic.

But you might not be able to prevent food addiction by simply avoiding all processed foods. Even with unprocessed foods, Michigan researchers observed moderate addiction-like eating among men. A better strategy might instead be to focus on your meal’s glycemic load (GL), the rate at which carbohydrates are absorbed from food, which has also been linked to the reward pathway4. In the study, GL was actually shown to be more predictive of addiction-like eating than the amount of fats or refined carbs in a food item. High GL items include sodas, breads, and baked potatoes, while those with the lowest are meat and beans5. 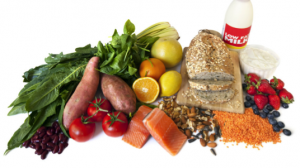 Now, ask yourself how you felt after you last ate processed food, either from McDonald’s or a grocery store shelf. If you knew you would feel terrible afterwards, why did you choose to consume it? Are you addicted or it is a problem you can manage?