I am noticing that my son is gaining a lot of weight. He is constantly watching TV, like most eight year olds, but he snacks the whole time. He starts by 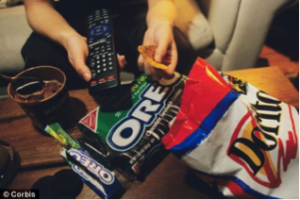 eating hot Cheetos, and then eats cookies, and finally he finishes a whole roll of cheese with crackers. Please Aim(e) of Parenting, what should I do? I do not want my son to continue gaining weight!

Peeved by the TV

Dear Peeved by the TV,

Advertising companies know they are taking advantage of syste 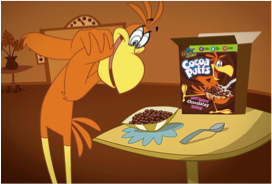 ms present in our brains that prime or push us to eat more regardless of metabolic need. You can start to tackle your son’s snacking by getting Netflix and getting rid of cable television which is full of advertisements. If you don’t want to do, that you can also stock up on healthier snacks, so that they are easily accessible instead of the unhealthy treats. Eventually, you could also take him away from the TV all together by signing him up for activities to do after class such as sports or restricting the amount of time that he can watch TV.

Food advertising companies are targeting us so that they can make profit, regardless of the cost to our health. In this way tobacco and food companies are similar because tobacco companies were once allowed to create advertisements with cute gimmicks and jingles with the aim to attract our attention. Due to the negative impacts of smoking on our

health, tobacco companies are banned from advertising on television (Laws/Policies, 2015) but unhealthy food advertisements are not banned even though they make people eat more and as a result gain weight. I realize that food and tobacco are different because food is necessary for survival and tobacco isn’t but as parents and as adults, should we let unhealthy food companies have the freedom to impact our health and the health of children?