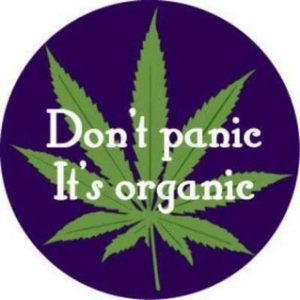 The familiar saying, “Don’t Panic, It’s Organic,” perfectly epitomizes how society has come to view cannabis.  This drug, more commonly known as marijuana, is the most frequently used substance in the United States, especially on college campuses (1).  Many people say they enjoy smoking marijuana because it relaxes them and takes the edge off of everyday life.  Additionally, popular opinions suggest marijuana is a safe, non-addictive drug that enhances even the most mundane activities.

As the legalization of cannabis continues to spread throughout the country, society has begun to destigmatize their opinions regarding it.  Since the government has started to lift the ban on its use, many assume that it therefore must be safe for everyday consumption.  Thus, there has been a drastic increase in the number of teens and young adults using the drug recreationally (2).  However, just because marijuana has started to become legalized doesn’t mean there aren’t serious consequences.  The short-term effects of cannabis include impaired cognitive and psychomotor performance such as hindered short-term memory, trouble learning, difficulties in attention and a change in the ability to make decisions (2).  They also include feelings of euphoria and hallucinations.  If these short-term effects alone are not enough to deter you from using marijuana recreationally, the fact that it can alter the structure of your brain might.

In a study headed by Jodi Gilman and colleagues, it was found that young recreational users developed structural abnormalities in certain areas of their brain, specifically in the nucleus accumbens and amygdala; two areas of the brain that are crucial in controlling motivation for rewards.  They came to this conclusion by comparing brain imaging scans of young adults between the ages of 18-25 of recreational marijuana users to a group that has never used marijuana (2).  It is known that marijuana hijacks the reward system, which is crucial to how our brain works to motivate actions in order to accomplish even the simplest everyday activities.  As a result, marijuana’s impact on a person’s reward system can influence their ability to be productive members of society.  Thus, with further research, we may be able to determine how these structural abnormalities in the brain directly impact the reward system causing disruptions in behavior and utilize this information to help inform discussions about further legalization of the drug.

So, what do these findings mean to the recreational drug user or the kid thinking about trying marijuana for the first time?  That the common saying mentioned earlier, “Don’t Panic, It’s Organic” is misleading because physical changes to your brain are definitely something to be concerned about.  This study clearly demonstrates that young recreational users have these structural changes, illuminating that you do not have to be a long-time user or dependent on the drug to obtain these potentially worrisome alterations.

Is a friend with weed really a friend indeed?  The next time you think about taking a puff and passing it on maybe the consequences will outweigh the short-term benefits of getting “high” with your friends. 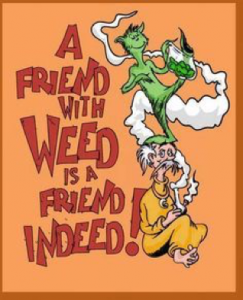