In a recent study, scientists observed the brain of a rat, and lo and behold, they chanced upon a remarkable discovery. Namely, they saw that stimulating an area involved in decision making significantly reduced compulsive cocaine seeking (Chen et al. 2013).

This led scientists to wonder….“could stimulating the equivalent brain area in a human have a similar effect?”

Presently, between 14 and 21 million Americans suffer from Cocaine Use Disorder (CUD). Notwithstanding, there are no unequivocally successful therapies in treating CUD. Given this troubling reality, if scientists were to discover better ways to treat cocaine addiction, the lives of many drug addicts and their loved ones could be extraordinarily improved.

Last year Terraneo, jointly with collaborators, conducted an experiment to see whether stimulating the dorsolateral prefrontal cortex (DLPFC) might reduce cocaine use in humans.

“Why could stimulating that elaborately named area of the brain help crack one’s addiction,” you ask? Astute question, dear reader!

This small, yet mighty, part of the brain is highly involved in inhibitory control. This means that if it becomes damaged, you are much more likely to engage in compulsive drug seeking behavior (and arguably other risky behaviors too, i.e. bungee jumping, accepting a dare to eat the world’s hottest chili pepper, you get the picture…). Chronic cocaine use strongly reduces activity in the DLPFC. With this knowledge up their sleeves, scientists cleverly devised an experiment to see what would happen if they roused activity in the DLPFC.

The experiment was composed of 32 cocaine users. Half of the participants were assigned to the control group, where they were prescribed several different medications.

The remaining participants were treated with a form of brain stimulation known as repetitive transcranial magnetic stimulation (rTMS). rTMS uses an electrical magnetic field to excite the brain area of interest. You can envision this as causing a soiree of massive communication between neurons, or units of the brain. For example, rTMS enhances the transmission of a neuron called GABA, which specializes in inhibitory activity. Perhaps GABA’s inhibitory function stands as protective factor against compulsive drug seeking.

Now that we’ve peered into the workings brain, we are prepared to tackle the results. Which group experienced reduced cocaine seeking and use? Drum roll please … 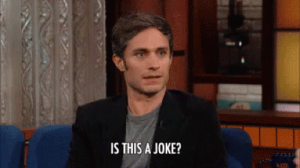 This study draws an interesting line of where biology and psychology tangibly meet. That is, although it may seem surprising that brain stimulation is a proposed treatment of drug addiction, this study demonstrates that stimulating the brain can affect the desires and behaviors of an individual. 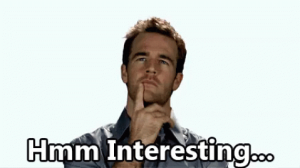 So, to sum it all up: scientists discovered an area, that if stimulated, could potentially help treat cocaine addiction (Terraneo et al. 2016). Now, researchers must continue investigating how exactly this area of the brain directly acts on phenomena that modulates cocaine use. And so the journey continues…