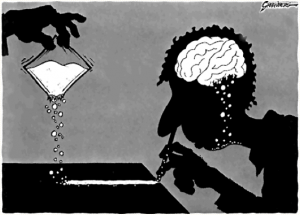 What does the phrase “once an addict, always an addict” really mean? Is it possible to cure addiction, or is addiction just an endless cycle of relapses?

These are some of the hard-hitting questions that Alberto Terraneo and his team tackled in their recent publication.1

In this publication, Terraneo found that a technique called repetitive transcranial magnetic stimulation, or rTMS, reduced both cravings for and use of cocaine in addicts.

As you may already know, cocaine is an incredibly dangerous and addictive drug. According to the 2014 National Survey on Drug Use, 1.5 million Americans use and abuse cocaine on a regular basis.2

Despite this astounding statistic, researcher have yet to discover an effective treatment for people with cocaine addiction. Unlike other drugs, there are no non-behavioral management options for cocaine addicts.3

Nonetheless, Terraneo’s study found that rTMS, a noninvasive procedure that stimulates the brain with magnetic pulses, has the potential to cure cocaine addiction.4 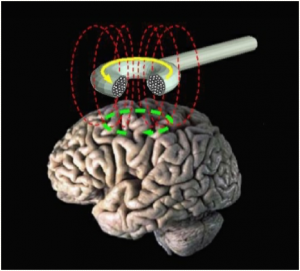 Specifically, when rTMS is used in a region near the front of the brain called the dorsolateral prefrontal cortex, both the desire to do cocaine as well as the number of relapses that cocaine addicts experienced decreased.

This finding is exciting because it shows that rTMS has a dual function in treating cocaine addictions: reducing the use of cocaine while also shrinking the cravings for it.

Unlike other treatments for drug addictions, such as methadone therapy, rTMS takes into account a large reason why relapses occur: drug cravings. Often times, the desire, or motivation, to do drugs is usually the reason behind addicts suddenly losing sight of their most basic priorities such as eating, drinking, and sleeping.

In order to understand why rTMS holds the potential to cure cocaine addiction, it is important to first understand why having cravings for drugs is just as damaging as using drugs.

Past studies have found that dopamine is the neurotransmitter in our brain that plays a major role in regulating our desire for rewards. It is a messenger molecule that works in our most primitive brain regions, and is responsible for promoting behavior towards something we desire.

Unfortunately, the system in which dopamine works to motivate us to get up and go to work every morning is also the system that is hijacked in addiction. This system is a major player in making addicts uncontrollably crave more ofa harmful substance despite all of the negative consequences that come with addiction.

rTMS has broken ground by targeting not just the usage of addictive substances, but also the cravings which make addiction a chronic relapsing disorder.

Although rTMS has been proven to be safe and effective in Terraneo’s study, there are still aspects of this treatment that remain unstudied. For example, seeing how individual differences, such as gender or willingness to get clean, effect the outcome of rTMS would provide important information about this treatment before it can start being widely used for treating cocaine addiction. 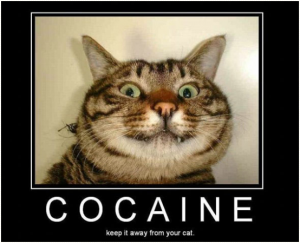