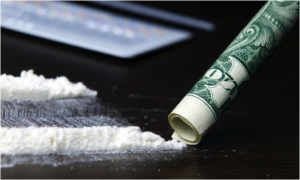 A rolled up dollar bill. Dusted white powder. Drug-associated stimuli constantly bombard addicts as reminders of their past lives, and these cues associated with cocaine use can trigger an immense craving, pushing addicts back into a cycle of relapse. With approximately 40 to 60 percent of addicts relapsing (National Institute on Drug Abuse, 2014), understanding the impact of cues on relapse is paramount.

Researchers at the University of Michigan found that there are large differences amongst individuals to assign incentive salience, or an unconscious desire, to cues that predict reward (such as cocaine). The findings, published in the Journal of Neuroscience, establish that everyday signals in a drug addict’s life substantially contribute to drug relapse; knowledge that could help improve treatments for addiction.

The study focused on cue-induced cocaine craving, asking, “can a drug signal drive drug-seeking?” And if so, does this conditioned motivation fluctuate based on individual variation? 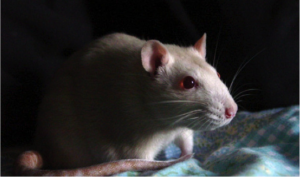 zed relapse behavior in male rats using a model that increases an electrical foot shock until the animals quit drug taking. By measuring the amount of shock rats are willing to withstand just to attain a conditioned cue (with no reward present!), we can assess the consequences of drug associations on behavior. Rats that interacted more with a lever that predicted a reward, rather than the reward itself, were thus attracted to cues; whereas rats which preferred the receptacle where the reward was given, were instead focused on the goal.

Rats that unconsciously assigned importance to cues, demonstrated increased motivation just from the presentation of the lever, which persisted even after the cue had been withdrawn! This behavior displays the acute power of signals where addicts who have developed associations with drug taking over their experience, react to a stimulus with excitement and attraction that results in addiction-like craving. Therefore, signs that prompted drug use in the past could trigger a recovering addict to seek out drugs, leaving them more prone to relapse. With the pervasiveness of drug reminders, sudden and intense bouts of craving are all the more likely, and make escape elusive.

Additionally, in a second experiment, the researchers manipulated a pathway in the brain that studies have shown to control motivation and reward. Previous research has revealed that those attracted to cues have heightened levels of dopamine – a key chemical messenger that mediates motivation and reward systems. Interestingly enough, blocking dopamine receptors in the nucleus accumbens core actually dampene 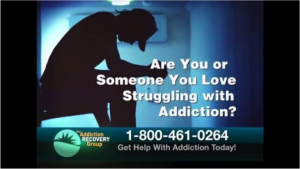 d drug-seeking in these subjects! This suggests that dopamine signaling in this area is necessarily involved in conditioned motivation and craving, and should be a cause for further research.

Dr. Herbert Kleber, the former Director of the Division on Substance Abuse at Columbia University commented, “these studies emphasize the need for intensive relapse training so addicts can cope, and equally important, the development of medications that will either decrease or block these feelings [of craving]” (Childs, 2015).

Although impractical, the elimination of drug-associated stimuli may make resisting the urge easier, but the chronic nature of addiction and relapse is forever bound to stalk drug addicts.

Olson, S. (2015, May 5). Drug addicts’ cravings can be sparked by cues like music and friends, causing relapse. Medical Daily. Retrieved from http://www.medicaldaily.com/drug-addicts-cravings-can-be-sparked-cues-music-and-friends-causing-relapse-332042