So you’ve finally recovered from your addiction to heroin and you’ve been clean for longer than ever before! You may have even started going to SoulCycle and eating lots of kale. Good for you. It’s easy to stay away from relapse when you’re riding that Taylor-Swift-induced high. But what happens when you come down, go through a hard breakup, or need to feel better about the exam you just failed? Now all you can think about is heroin in the same way that Alex the Lion from Madagascar thinks about steak. This is a comprehensive guide on how to avoid heroin relapse in your darkest times!

STEP 1: Unfortunately, relapse is easier than you think. The relapse rate for patients that have gone through withdrawal treatment is over 70% (Li et al., 2015, p. 969). This high relapse rate is due to cues that trigger heroin cravings even in situations where the drug itself is not present. To decrease the temptation of use, rid your surroundings of heroin cues. Don’t believe me? Believe science. 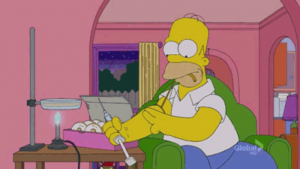 After each clue, the heroin dependent subjects were asked the question, “To what extend do you feel the urge to use heroin?” Answers were recorded on a 0-10 scale (0 = no craving, 10 = most craving). An fMRI scan was given to see how their brains reacted to the stimuli. These subjects were then tracked to see if there was any relapse.

After 3 months, 52.3% of heroin dependent patients had relapsed. The fMRI results showed that the heroin related cues significantly increased brain responses in the areas that controlled reward, euphoria, and craving in the dependent patients compared to the healthy patients. This was also true between the relapsers and the non-relapsers. The former showed significantly more brain activity when shown the heroin related clues compared to the latter.

STEP 2: A great trick to decrease your heroin craving is to surround yourself with neutral cues, such as the picture of the puppy below. Stay away from pictures of needles, because they will send signals to your brain that you will interpret as a hunger for heroin. These signals are like a risky text—once they’ve been sent, it’s hard to consciously tell your brain to stop thinking about them. 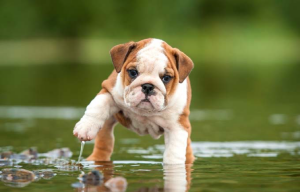 STEP 3: So maybe you’ve disregarded everything I’ve said. Keep calm and keep reading on. It’s not the end of your clean streak just yet. Although it is hard to fight the internal battle raging inside your head, you’ll thank yourself later. Surrounding yourself with positive influences such as clean family and friends can keep you on the right track! 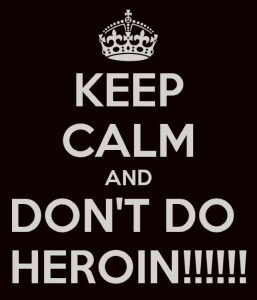