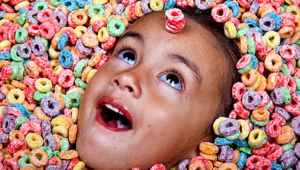 Have a sweet tooth? Do you remember cramming down a stack of Oreos or a tub of ice cream whenever the opportunity presented itself as a child? Well it turns out that sweet tooth might come back to bite you. A study published in the European Journal of Neuroscience may have found evidence that the amount of sugar you consume as a child could have an effect on the way you process rewards into your adult life.

The study followed a group of rats through adolescence to try to understand how excess consumption could impact humans during their adolescent years. Rats were kept in individual cages and given two bottles, the first with water and the second with either water (if they were in the control group) or a sugar water mixture for sixteen days. After the sixteen days all rats were given two bottles of water regardless of if they had a sugar mixture before. Their physical responses (i.e. licking lips in pleasure or moving tongue in disgust) to both solutions were then recorded to measure how much each rat enjoyed consuming either solution.

Imagine if you went to an amusement park every day for a year. At some point your enjoyment of the park would diminish regardless of how exciting the rides are. These findings showed that rats who were able to drink sugar solution as much as they desired during adolescence ended up enjoying that samesweet solution less than rats who were only given water. As one repeatedly consumes excess amounts of a substance the pleasure they get out of it declines and they require much more of that substance to have the same effect. This contrast in pleasure and consumption was found to continue into adulthood when introduced during adolescence providing evidence that over exposure to substances in a child’s formative years can directly effect the way they internalize rewards as adults. These finding could have direct effects on the studies of drug abuse and eating disorders. By revealing that overconsumption in childhood can have direct effects on adult behavior and by confirming the fact that one can desire a substance without necessarily enjoying it. This study gives further insight into why individuals might display addictive or addiction like traits and how early exposure to a substance can effect consumption of food, drugs, or any other reward.