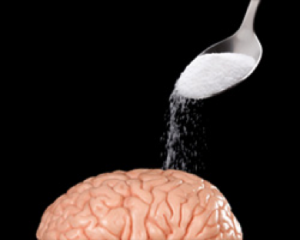 Adolescence is a time of many changes in our lives as we transition from children to adults. We pack our schedules with school, sports, and clubs and forget the importance of the fuel that keeps us going: food. The average American teenager consumes 119 grams of sugar everyday, which equates to 476 calories. This is one-fifth of the suggested daily caloric intake.1

We tend to ignore our excessive sugar intake because we’re growing and we tell ourselves we will run it off later. But a recent study indicates that this is more than an issue for our waistlines and the problem runs deeper into our brain.

In the study from the University of Bordeaux, researchers explore the long-term impacts of food and drink choices made during our early life.2 More specifically, they studied the effects of overconsumption of sugar during adolescence in rats.

The researchers exposed the rats to sucrose solution during adolescence and in this time their intake increased. But unexpectedly, those rats actually consumed less sucrose in adulthood. The researchers found that the decrease in intake was actually due to a decrease in the pleasurable properties of sucrose. It doesn’t stop there because when the rats were given artificial sweetener, a substance that they were not previously exposed to, they continued to experience less pleasure and consume less. The rats did not just lose their liking for sucrose; they lost their general liking for the natural reward of a sweet taste indicating reward deficiency in adulthood.

Now imagine a life with reward deficiency, you lose your natural thrill for life and the excitement that comes with anticipation of something rewarding.3 So what do you do when you no longer experience pleasure in natural rewards? You may seek pleasure in more extreme ways, such as gambling or drugs. 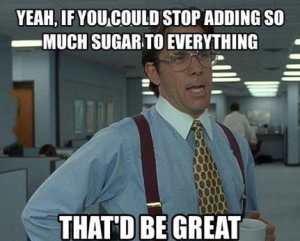 The researchers also measured levels of activation in the nucleus accumbens, a region of the brain involved in the processing of pleasure and rewarding properties. There was less activation in the sucrose-exposed rats indicating major alterations to pleasure processing in our brain. I bet you never believed those Oreo’s you love could change the neuronal connections in your brain.

These pleasure deficits in the brain lead to reward-related disorders, such as depression, eating disorders, and substance abuse. A study conducted at Emory University also found that a high-sugar diet in adolescence alters the brain’s response to stress which leads to depression and anxiety.4

This opens up the discussion on how to tackle these disorders by improving our nutrition and diet. There is something to be said about everything in moderation and as much as we do not worry too much about our sugar consumption during adolescence, it is important to be aware of its effects beyond weight gain. Sure, we can run off the weight now but how do we intend on reversing the effects on our brains? We cannot control how our brain reacts to sugar but we can control if it enters our body.