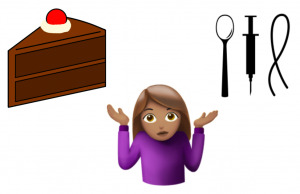 Imagine your favorite cake. Do you want to eat some? Probably. What if it would give you a stomachache? Maybe. What if it would make you throw up? Make your mouth dry and your body itch? Negatively impact your relationships? Get you arrested? With all of these consequences, most of us probably wouldn’t eat the cake, no matter how delicious.

If we asked heroin addicts whether they would undergo all of that to get high, they might also say no. But disliking the repercussions of drug use isn’t enough to end an addiction. Heroin addiction, like other addictions, implicates a complex and widespread network of brain areas. Physically and psychologically, it can be challenging to stop using despite the consequences.

Luckily, treatments for heroin addiction exist. The most common one is methadone maintenance treatment (MMT), which weans patients off heroin in a controlled environment using a less addictive but similar drug [1]. However, this so-called “gold standard” has questionable long-term efficacy, with relapse rates of 70% among patients leaving treatment [2]. How can we build a better treatment for this complex disease? According to a new study, we should first investigate why some addicts relapse while others don’t [2].

This study tests whether craving responses to heroin-related images are connected to relapse. It examines differences in neural responses to these images versus neutral images in heroin-dependent patients under MMT and healthy individuals. It also asks whether responses differ in heroin-dependent patients who relapse and those who don’t. Dynamic maps of activation throughout the brain were generated using functional magnetic resonance imaging (fMRI) so neural activity could be measured during image presentation.

Unsurprisingly, the study found that in many brain circuits associated with addiction and reward, heroin-related images elicit stronger responses in heroin-dependent patients than in healthy individuals, indicating that these areas are indeed involved in craving. More importantly, it showed that activity in reward and memory areas in response to heroin-related images increased more in addicts who relapsed than those who didn’t.

This may help us understand why people relapse. Just as a picture of a chocolate cake can make you salivate, images related to heroin can increase craving and make heroin-dependent individuals subconsciously anticipate their high. The study suggests that exaggerations in this response, linked to overactive reward expectation and abnormal retrieval of related memories, can overpower any intentions of staying clean, making some individuals more likely to relapse.

Because this study only measured activation, we cannot conclude that these abnormalities cause craving or relapse. However, correlations between increased activity in addiction-related areas and relapse, which have never been demonstrated before, may have implications for treatment. A diagnostic protocol that analyzes craving response to identify patients with the highest risk of relapse could allow physicians to prescribe existing treatments more effectively. New treatments that disrupt memory and reward targets identified in this study could also be investigated. The more we understand heroin addiction and relapse, the more we’ll have in our arsenal when we treat it.