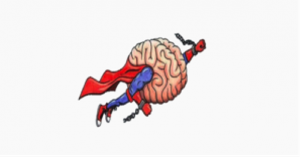 When it comes to decision-making, “using your brain” may have more of a literal meaning than you think. Researchers have discovered that compulsive drug seeking behaviors in rats can be altered by manipulating the firing pattern of neurons in the prefrontal cortex (PFC), the brain’s decision-making and judgment center. The focus is on the prelimbic cortex (PL), which is involved in the process of inhibition. Motivation is determined by the ways in which we shape our behavior in response to rewarding stimuli, and this depends on how “rewarding” we perceive a stimulus to be. For rewards such as drugs, motivation can often go beyond our control—resulting in an insatiable craving and a change in behavior that can be compulsive despite its negative outcomes. But what does this have to do with inhibition?

The PL is linked with cognition, motivation, and reward. Inhibition relates to our ability to regulate urges that tell us to stay away from certain stimuli. If this aspect of our cognition is somewhat lacking, the act of drug seeking becomes more rewarding. However, researchers have yet to determine if neural deficits comprising inhibition lead to compulsive drug seeking, or if repeated drug use, increased drug seeking, and addictive behaviors lead to impaired cognitive and cortical function. The study suggests that while there is no causal link, inhibition of the PL has significant behavioral outcomes in rats.

In the study by Chen et. al, published in Nature, researchers monitor individual differences in compulsive drug seeking in a group of rats that were trained to self-administer cocaine. When cocaine infusions were paired with electric shock, researchers observed that the rats’ motivation to obtain drug despite adverse consequences varied depending on whether they were shock resistant (more persistent for drug) or shock sensitive (less persistent). To see how behavior was affected, neurons in the PL were targeted to express certain proteins—ChR2 and eNpHR3.0—that could alter neuronal activity when stimulated with different wavelengths of light. Results showed that eNpHR3.0 decreased compulsive drug seeking in shock resistant rats while ChR2 increased compulsive drug seeking for shock sensitive rats. Likewise, researchers found that manipulating the PL didn’t affect self-administration when adverse consequences were absent. The PL seems most impressionable when behavior becomes noxious and addictive, which isn’t necessarily seen in recreational drug use and abuse. This implies that turning the PL “on and off” might be a way to shift this compulsive behavior in a certain direction. Additionally, differences in response to shock might indicate how susceptible individuals are to addiction.

So how can this be applied to humans? Since the rat brain is relatively similar to the human brain, this technique—optogenetics—might be a therapeutic advance for compulsive users and addicts. The research reaffirms our current knowledge of addiction: it is a phenomenon not necessarily rooted in reactivity to initial drug use; rather it is one that is defined by the persistent motivation to take drug despite negative consequences. Still, the greater implications for processes acting on compulsive drug seeking remain unknown, and proves that there are many layers to be uncovered when it comes to breaking free from the chains of addiction.