We’ve all seen the images: “Meth: Not Even Once” written under a miserable-looking mugshot; a sleeping drunk holding a crumpled paper bag; a Jared Leto character shooting heroin into his horribly infected arm. 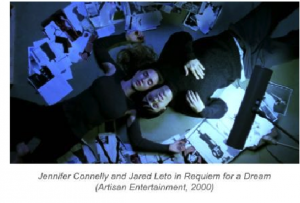 As “fun” as drugs may seem at first, everyone agrees that addiction is ugly. Part of the reason addiction is such a painful experience is the difficulty addicts have in escaping their illness; for some reason, even though they recognize the negative effects of drugs, addicts just can’t seem to stop using. If someone tries to quit an addictive drug, they’re likely to relapse, even if the drug isn’t pleasurable anymore. Clearly, there comes a time when drug use isn’t an enjoyable experience – so why do addicts keep using drugs?

The answer, according to biopsychologists Mike Robinson and Kent Berridge, lies in our brains’ circuitry. The current literature says that drug addiction starts when a person learns to associate drug use with feelings of reward, but Robinson and Berridge think other processes may be to blame. “Clearly drug reward and drug addiction aren’t the same thing – we see evidence of that whenever an addict doesn’t enjoy the effects of a drug but keeps using it anyway,”* says Robinson. He and Berridge decided to try to make lab animals actively seek out a stimulus that wasn’t pleasurable at all, to show that pleasure isn’t the only cause of addiction.

The first steps in their study involved teaching rats to associate a stimulus (in this case, the appearance of a lever along with a sound) with something disgusting. The researchers settled on 9% salt water – the same concentration of salt as in the Dead Sea. When the lever appeared and the sound played, rats were given a taste of the salt water. Eventually, when these stimuli appeared, rats would run away from the lever, a signal that the revolting taste was about to occur. The rats were then given drugs to mimic salt depletion in the brain; when the stimuli appeared again, the rats immediately rushed towards the lever, desperate for the salt water they knew was disgusting. After salt levels returned to normal, the rats again hated the stimulus.

The experiment’s results show that desire for a stimulus isn’t based on pleasure, but rather on the internal state of the individual. The “incentive salience,” or motivational value, of the stimuli instantly flipped when the rats’ biological state was changed, meaning that the rats wanted something they didn’t actually like. The brain areas activated by the stimuli during the salt-depleted state are part of the mesocorticolimbic system; this system is therefore responsible for the increase in desire for the repulsive salt stimulus. If this effect is so pronounced for salt, how much might that system restore the pleasurableness of drugs in addicts? “This new information shows us that even if drugs become unpleasant, an addict might still be compelled to use them,”* warns Berridge. “It’s a scary discovery, but it brings us closer to finding out how addiction works.”*

Acknowledgments
Thanks to Charlie Gruner for his advice and aid in making this read well.