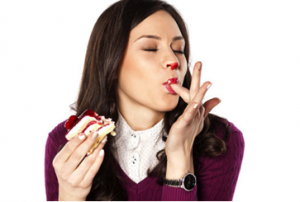 One in every ten Americans is affected by overindulgence or abuse of alcohol or an illegal substance (Rehm et al 2006, Robinson 2016). Maybe that includes you. Although this statistic refers to mainly illegal addictive drugs such as cocaine, could more common substances be just as dangerously addictive? What about normal sugar? Can we be addicted in the same dangerous way to something as prevalent and seemingly harmless as sugar?

Scientists at Princeton University have been using rats to test this sugar mystery: can you create the same chemical spikes in the brain with sugar, that occur from illegal drugs? When a human or a rat is given opioids or another drug of abuse, the chemical dopamine is shown to increase in a lower 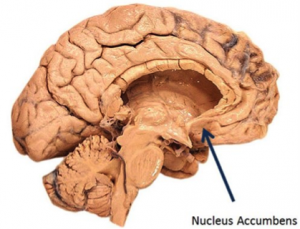 region of the forebrain called the Nucleus Accumbens (NAc). Dopamine, previously known as the “pleasure causing” brain chemical, is actually related to motivation and addiction, in ways we are still trying to understand. These chemical releases may be related to a process called sensitization, which increases our responses to a substance, and makes cues to use that substance hard or even impossible to ignore. Spikes in dopamine levels are normally seen in the NAc when we’re eating tasty foods, however, the levels tend to decrease over several tastings or even within the same meal.

So how then, is it possible to see plain old sugar create the same constant dopamine spikes that appear for addictive drugs? Rats used for this project were organized into four groups and given different amounts of access to both their normal food and to sugar water. The goal was to find out which kind of variation might create reoccurring spike in dopamine. The experimental group was allowed access to their chow and sugar water for 12 hours a day. The three other groups were used as controls to account for other possible frequencies of food and sugar (including no sugar).

The key to seeing reoccurring dopamine spikes seems to be in the way the sugar is accessed and ingested. When looking at the experimental group, the researcher saw that those rats increased their intake of sugar water over the 21day period of the experiment, like an addict would increase in their taking of a drug over time. Not only did their intake increase, but their dopamine spikes were of the same magnitude at the end of the study as they were on day 1. Both of these results are similar to what occurs in a drug addicts’ brain and behavior.

Rats showing that addiction like effects can occur just from drinking sugar water for 21 days is a scary prospect. Think back to the last candy bar you ate, or the last can of Coke you drank. Do you think it would be hard to eliminate those foods from your diet? Maybe you’d be more irritable or even start to feel physically bad. Thinking of sugar as a substance that might be addictive could help us tone down our consumption overall, and even decrease obesity in the population. However, maybe that piece of cake is doing more to you internally than just increasing your waistline. What would make you think more about that last piece of cake now; changing your weight or changing your brain?