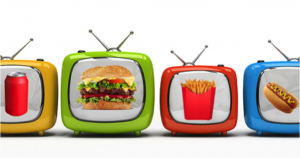 Ever catch yourself snacking on food that you don’t want? Need an excuse for why you keep reaching back into the Doritos bag? Well, it may not be your fault.

Researchers at Yale University are investigating TV food advertisements and their impacts on snacking behavior and the obesity epidemic in the United States. Today, more than one-third (78.6 million) of adults and almost one-fifth (12.7 million) of children are considered obese in the US, and those numbers are growing.

Jennifer Harris and her colleagues at Yale University believe that food advertisements play a role in this trend and affect us through a method known as priming. With priming, our brains are activated unconsciously by external cues that can lead to actions or behavior we may not even be aware of. This means that when you see a food advertisement, your body could begin to crave food without you even knowing it!

To test this idea, two separate studies were carried out. First, elementary students watched a cartoon episode with real-world commercials. Half of the kids saw food advertisements, while the other half saw commercials for games and entertainment. Each received a bowl of goldfish while they watched, and those who were exposed to food advertisement ate 45% more during the 14-minute episode.

In a second experiment, researchers saw that not only do adults show the same effects of TV ads and food intake, but that the type of food advertisement has impacts on eating behavior as well. To test this, and the long lasting effects of priming, university students watched a TV program and were offered food after the episode was finished. Those who watched “fun, happy, snacking” ads during the episode consumed the greatest amount of food, while another group who viewed “nutritionally driven” ads ate less, but still more than those who did not view any food-ads at all. 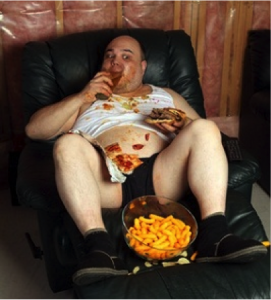 Both experiments yielded the same result: food ads lead to consumption. “It’s amazing,” says Dr. Bargh, an author in the study. “None of the food we offered in either experiment was advertised to the viewers.” So these advertisements aren’t just promoting their product, they are promoting eating. “We see this especially in the group that watched nutritional advertisements,” Bargh continues. “These students ate more of everything offered, not just healthy options.” The ads also seemed to influence students after the viewing had taken place, and there was a complete dissociation between reported hunger and eating behavior. What does this mean? It doesn’t matter whether you consider yourself hungry or not, food advertisement finds a way to turn our brains on to food, and once that happens, it’s game over.

So should we stop watching TV? Should we ban food advertisements from airing? How do we stay healthy while indulging in our favorite shows? The first step is to be aware, and know that our brains are powerful and complicated. With that being said, it probably isn’t a bad idea to hide your food when you sit down for TV-time.