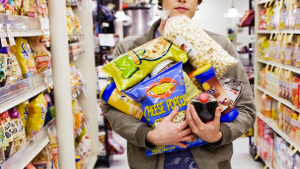 You arrive at the local Price Chopper, grocery list in hand. As you stroll through the aisles, you feel a pang in your stomach. When you make it to the checkout counter, you realize the contents of your shopping cart far surpass your carefully crafted grocery list. We’ve all made the mistake of food shopping on an empty stomach.

We underestimate the role that hunger plays in our decision making. In a state of hunger, the average person bypasses deliberation and prefers immediate reward. 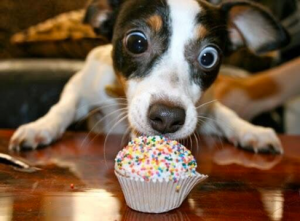 On a full stomach, however, we tend to take more time to weigh our options. When you’re hungry, your eyes are truly bigger than your stomach.

Some, however, are able to control impulsivity typically brought on by hunger. Individuals with Anorexia Nervosa severely restrict their diets in order to lose weight. This difference in behavior is due to neurological differences.

Research recently published by the Society of Biological Psychiatry looked into these neurological differences. In an experiment, 23 women remitted from Anorexia Nervosa and 17 healthy comparison women took part in a delay discounting task, which meant that they were asked to choose between two monetary rewards: one of smaller value which would be given sooner or one of larger value to be given later. As expected, the healthy comparison group tended to make impulsive decisions when hungry and took more time to deliberate when full. Women remitted from anorexia, however, took time to deliberate both when hungry and full. 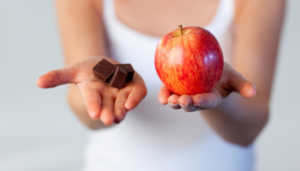 “I made decisions that I regret, and I took them as learning experiences… I’m human, not perfect, like anybody else.”

The participants’ brain activity was measured during the experiment. Brain areas associated with motivation, such as the bilateral ventral striatum, were significantly more active when hungry than satiated for the healthy comparison group, but did not change based on hunger level for the remitted anorexia group. Additionally, it was found that areas of the brain associated with cognitive control (i.e., deliberation, planning, and risk aversion), were overall much more active in the remitted anorexia group than the healthy group. Neurologically, people with Anorexia Nervosa are not as responsive to stimuli that their healthy counterparts find rewarding. Despite their hunger level, the areas of the brain that favor deliberation rule their decision making process. Their brains are wired differently, allowing for resistance to impulses for gratification. 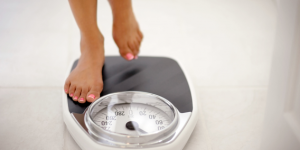 Unlike our impulsive hungry shopper, a person battling with or remitted from Anorexia Nervosa, is much more likely to stick to their grocery list. Their insusceptibility to the temptation of immediate rewards prevents them from losing control. The intensity of this control, however, is unhealthy. Impulsivity, despite its sometimes unfavorable consequences, plays a necessary role in healthy eating habits.