Two of the staples of the Wesleyan experience are hook-up culture and the culture of doing drugs. Have you ever wondered if sex itself could be categorized as a drug? Compulsive Sexual Behavior (CSB) is a disorder that essentially states that individuals can become addicted to sex and other erotic acts similar to the way in which individuals become addicted to drugs. Recent studies regarding CSB have shown that there is in fact a neurological connection between sex and drugs. The circuit that is used when processing sex and other natural rewards is also used when the body is processing drugs.

Compulsive Sexual Behavior, not yet having a formal definition, is characterized by excessive or problematic engagement in sex or sexual activities that may impact other areas of life such as one’s job, social life, financial standing, or even one’s psychological mindset. Do you or anyone you know have any of these symptoms? Does sex usually become such a focal point of your life that it takes priority over other things such as friendships, school, or work?

In an attempt to get a better handle on CSB and understand it better from a neurological standpoint, a study was conducted. This study involved a group of individuals with CSB and a group of individuals without CSB. Both groups were presented with four different types of videos, sexual content, non-sexual exciting, money, or something neutral. In order to examine the activated areas of the brain, a technique known as neuroimaging was used. Consistent with the initial hypothesis, those with CSB were generally more neurologically excited and stimulated by the videos containing sexual content.

The sexually explicit videos produced brain activity in the ventral striatum, amygdala, and the dorsal anterior cingulate cortex (dACC). The ventral striatum, amygdala, and dorsal anterior cingulate cortex are also highly activated in individuals that are addicted to nicotine, cocaine, and alcohol. It was here that connection between drugs and sex was made. It is rather ironic that the two are linked together, but there is no coincidence that they share a neurological circuit when being processed in the body.

Compulsive Sexual Behavior is a very real disorder. Although it is said to impact 2-4% of college based young adults, CSB has lasting impacts that can manifest neurologically, physically, and socially. Yes, the majority of students here at Wesleyan do opt to have an experience that involves both sex and drugs. Being an active participant in hook-up culture does not mean that you will develop CSB, however, when being more invested in engaging in hook-up culture takes precedence over your academics and relationships, that is problematic. So, the next time you are hanging out with your friends discussing your latest activities and hook-ups from the past weekend, make sure you check in with each other regarding all aspects of life. 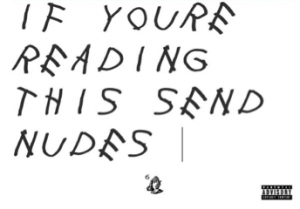