It is not surprising that Mark Vincent, a certified slot machine designer, knows a great deal about computing, mechanics, and statistics. What is surprising is how much he knows about psychology.

Mark Vincent began designing slot machine games as a hobby in 1983 after his parents walked him through a casino to get to a restaurant. He was perplexed by the way gamblers kept playing games even when they consistently lost. 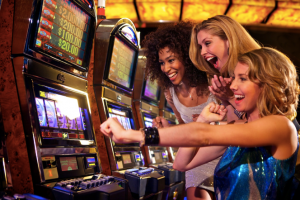 In college, he conducted field research for an anthropology paper on gambling. He learned that players were more likely to continue playing if the three matching symbols needed to win, appeared close to each other. Vincent’s research was consistent with a larger study done by researchers from the University of Cambridge. They call the phenomenon, where the matching symbols stop one position away from each other, a “near miss”. Their study showed that humans interpret this kind of loss as closer to a win than if there were just a random mix of symbols on the screen. One study participant explained, “while the distance between symbols was equal whether or not it stopped above or below the payline, I felt closer to a win when it stopped above the payline because I would have won had the symbol just continued to move down one more square.*” 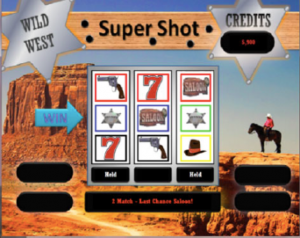 When Vincent decided to design slot machines professionally, he realized he could make money off the near miss phenomenon. He introduced frequent small payouts while ensuring that people . In this way, Vincent demonstrated a phenomenon that the Cambridge researchers labeled “losses disguised as wins,” where the players feel like they are winning even when they are losing. They found that machines mimic the same lights and sounds whether it is a “loss disguised as a win” or a real win. Imagine that you are playing a slot machine game and although you miss the big prize, you receive a small payout, lights flash in your face and energizing bells and music play. Your being tricked into reacting and feeling the same way you do after a win because of the connection you usually make with the sights and sounds of the machine.

The Cambridge study demonstrated what Vincent and other slot machine designers seem to know intuitively: near misses and losses disguised as wins reinforce one another. The presence of losses disguised as wins increases overall enjoyment of playing the game and motivates people to keep playing, increasing the sense of satisfaction of each trial. Even as a boy, Vincent could see that the anticipation of winning was fun enough for gamblers. He turned his psychological insight into a successful career giving gamblers exactly what they want: excitement and hope. Only by understanding how casinos control gamblers can we turn the tables and beat them at their own game.