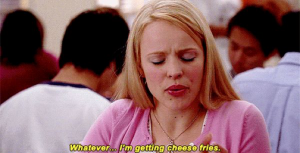 It’s dinnertime in the cafeteria. To your left you see pizza galore, to your right, the salad bar–I think you know which one wins–you eat one slice, then another… and then another. Ever been this person (I sure have) and wondered why you continue to feel “starving” even when your stomach is literally full?

“Basically, processed foods are the “cool” foods with VIP access to your bloodstream…” 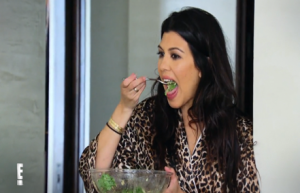 Fortunately, science can tell you why! In two studies conducted at the University of Michigan in 2015, scientists asked people which foods were considered to be most desirable, due to palatability, and then examined the potential, addictively palatable ingredients in those foods [1]. The studies showed that processed foods, those with high fat content and Glycemic Load (GL), which measures how much a food raises a person’s blood sugar level after consumption, were closely associated with palatable eating. So why do these food additives make a person more inclined to eat? It’s because our bodies rapidly break down foods that have been stripped of most of their nutrients, replaced instead with high fat and GL. This decreases the absorption time the food needs to get into your bloodstream, and allows you to feel the effects of the food fast.

Picture having the VIP pass at a party that lets you cut the line and get into the party quick. Waiting in line is like taking the time to digest all the contents of a non-processed food (the fiber, water, and protein), but cutting the line with a VIP pass is like the processed foods who, by lacking nutrients, just go through to the party (your body). Basically, processed foods are the “cool” foods with VIP access to your bloodstream, through fast absorption rates and minimal nutrients, that don’t have to be broken down and stimulate your body quickly.

So what’s wrong with being “cool”? 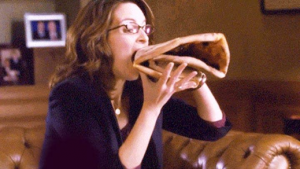 Unlike non-processed foods, eating processed foods, like pizza, or chocolate, activate the parts of your brain related to the reward system (the nucleus accumbens and striatum), which motivates you to eat despite satiation, and can lead to overconsumption [2]. To demonstrate the negative effects of continually eating “cool” processed foods, scientists took a group of participants accustomed to a sugar rich diet (which increases GL) and observed the ramifications of removing sugar from their diets for a time. Upon reintroducing sugar to their diets, scientists found that the participants’ sugar intake far surpassed their original intake levels. Illustrating that, while your body loves the rapid stimulation in processed foods that activate the brain’s reward pathways, frequent activation of these pathways can lead to consumption patterns that, over time, become unhealthy through over consumption.

So it’s dinnertime again, feeling hungry yet? Knowing why you may be more inclined to eat that processed pizza slice(s), than that “slice” of unprocessed salad, do yourself the favor of substituting the processed for the unprocessed once in awhile. Saving your brain the frenzy of rapid stimulation and allowing your body time to tell you when you really are, literally full!