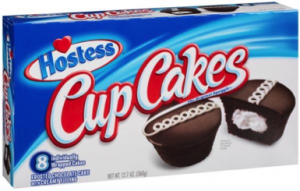 KANSAS CITY – Hostess Brands Inc. has recalled nearly 500,000 cases of its popular CupCakes in response to recent evidence that sugary foods can cause people to steadily increase portion sizes, feel withdrawal symptoms upon “quitting” sugar, and even become addicted.

The product was recalled late Tuesday night following an urgent letter from the Food and Drug Administration, which referenced a 2015 study on food addiction.

The study found that “natural” foods, like bananas and brown rice, do not trigger excessive craving, but highly processed foods, like Hostess Cupcakes, can cause potentially abusive eating habits. This finding may seem intuitive; just as coca leaves are processed into cocaine, foods that are processed can have increased potential for unhealthy consumption. In fact, much like drugs of abuse, sugary foods have been found to hijack reward systems in the brain, which make people more likely to crave and binge on these foods.

Similar to the addictive properties of frequently abused drugs, the sugar in Hostess CupCakes and other processed foods is highly concentrated and able to enter the blood stream quickly, causing these foods to be unnaturally rewarding. This explains why many people’s diet plans fail, and why some people cannot control themselves around sugary and/or fatty foods, despite their best efforts.

A compulsive eater of highly processed foods can develop a tolerance to them, finding themselves craving larger and larger portion sizes. For instance, one square of chocolate might have satisfied their sweet tooth a year ago, but now it takes a whole bag of chocolates to produce the same effect.

While tolerance can occur during chronic use of a substance, withdrawal occurs when a person stops using a substance upon which they have become dependent. Perhaps the most frightening finding of this study is that when sugar is removed from a person’s diet, he or she may experience anxiety, aggression, and teeth chattering. If these withdrawal symptoms sound familiar, it is because they are usually associated with drug addicts trying to become “clean.”

Highly processed foods, like Hostess CupCakes, can thus cause dangerous long-term effects. Not only can one become physically dependent on these foods, such that portion sizes grow and withdrawal symptoms are felt upon “quitting”, but one can also become addicted, meaning that they continue eating it even despite harmful consequences (like obesity and other major health problems).

At a Friday press conference, William Toler, President and CEO of Hostess Brands, Inc., recounted the fear and shame he felt when his own son became irritable and overcome with teenage angst after not consuming Hostess products for 48 hours. “Had I understood the harm that Hostess CupCakes could cause people, I would never have marketed them toward children, who are most susceptible to developing addiction. We are in contact with researchers and nutritionists, doing all we can to decrease sugar and fat content so that Hostess CupCakes have less addictive potential.”*

Hostess Brands Inc. insists that its loyal customers return the CupCakes and other related products for a full refund.

Ella, this is really good. The writing is fluid and the words are well chosen. There is nothing jarring or that stops the flow of the reader. I like the use of the CEO just at the end, it makes it sound realistic and more relatable. You manage to make the possibility that a large brand would care in this way rather convincing, against all odds. Great work!

*Not an actual quote from William Toler or Hostess Brand