When you’re at the gym, do you feel motivated by seeing other people work out, or only when you see yourself getting stronger? Scientists at the University of Michigan have found that how you answer may say more about your personality than you might think.

In a study published in the April 2011 issue of Neuropsychopharmacology, Benjamin Saunders and Terry Robinson show that individual differences in how rats respond to certain environmental cues may predict how likely they are to seek drugs like cocaine. 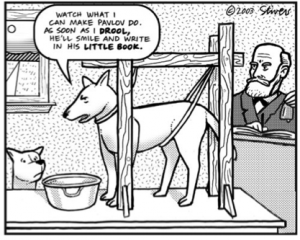 Recently, many laboratories have focused on understanding the causes of motivation. A common way to examine this is drug use: long-time addicts show high motivation to seek drugs for a variety of reasons, including pleasure or avoiding withdrawal. Saunders and Robinson investigated this further through a process called “autoshaping.” 1

Most are familiar with Pavlov and his dogs, and autoshaping revolves around the same idea: train a group of rats to associate a cue with receiving food. The researchers found that some rats became obsessed with the cue, in this case, a lever, instead of showing interest in the food, while others showed interest only in the food, waiting and interacting with the food bowl until they received their meal. 2

It turns out these differences in behavior are significant. Saunders and Robinson hypothesized that the rats that obsessed over the food cue would be more motivated to work for the reward than rats that did not.

In order to test this, the researchers administered cocaine to each group. At first, the rats were given cocaine at the press of a lever, but then had to work harder for the reward, with more presses required. 3 The question was, why? What was motivating those rats to work harder?

Saunders and Robinson think the answer lies with the cue itself, i.e. the lever. The signal for a reward, whether it 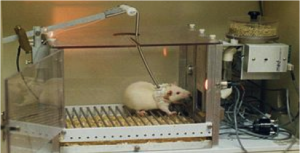 be food or drugs, becomes a source of motivation as it indicates that something good is coming. When the signal is presented over and over again, it reinforces reward-seeking behavior: “In some cases, the signal itself can even become rewarding,”* says Saunders. 4

How does this affect us? Well, this discovery could explain one reason why long-time addicts often relapse: “When they’re surrounded by drug-related cues, such as the room they use to inject or the pipe they use to smoke, they can become sources of motivation to seek drugs,”* says Saunders; 5 however, it seems only those 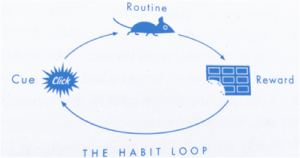 who are predisposed to this type of behavior are at greater risk than those who are not.

Although we still don’t know exactly which brain regions are associated with this behavior, we now know that some drug users might be more at risk to be influenced by the cues around them. Future research aims at finding brain regions associated with these individual differences in order to help us better treat those suffering from drug addiction.