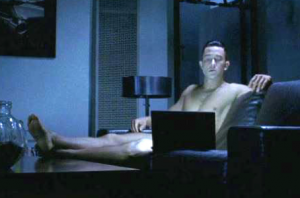 These findings can be explained by the distinction in the brain between “wanting” and “liking”. While this might seem strange, the two are not always connected. “Wanting” motivates behaviors to attain something, while “liking” is associated with the pleasure received after attaining it. For example, you might want to devour that last cookie, even after having already eaten a ton, but doing so might not bring you much extra pleasure. “Wanting” to do something does not always correlate with how much enjoyment you will receive upon completing it. The brain can distinguish between the two and actually has different parts controlling “wanting” and “liking”. So what does this mean for PPU? While you might control your urge for another cookie, knowing you won’t enjoy it, an addict’s motivation can overpower them even if they don’t enjoy the end reward as much. 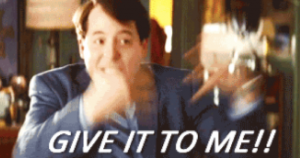 Matthew Broderick Give It To Me gif [Online Image]. Retrieved October 14, 2017 from https://wifflegif.com/gifs/579149-matthew-broderick-give-it-to-me-gif.