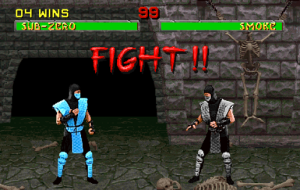 Have you ever wanted to punch someone in the face before? Next time, let it fly. Well don’t unless you want to be arrested, but your brain might enjoy it.

That is, research has suggested that aggression stimulates the reward centers of the brain, meaning aggressive behaviors could even be reinforced by the reward stimulation itself. If you’re like most people, you probably think that sounds terrible. However, aggression is a very useful tool in the wild for gaining resources such as mates, food, and territory. [1] Granted in humans, aggression is not the most attractive quality, but hey, MMA fighters seem to be doing alright, so it can’t be all bad, right? 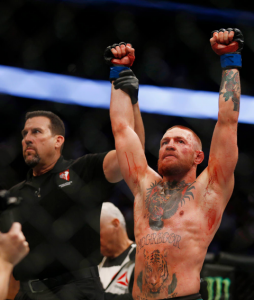 Now I’m sure you all are wondering the science behind this, no? Well bear with me, so the next time you’re aggressive, you can sound intelligent.

Dopamine (DA), a neurotransmitter associated with motivation and reward, in the Nucleus Accumbens (NAc), a region of the brain involved with reward, plays a huge role in the rewarding properties of stimuli. Knowing this, scientists decided to conduct an experiment to test the involvement of NAc DA in reinforcing aggression.

In the experiment, a mouse, aka the resident, was kept in a habitat that periodically was “invaded” by another mouse, aka the intruder. The resident reacted as any person whose home was being invaded… he went to his safe and grabbed his gun. Well, not really, but with aggressive actions, such as biting behaviors towards the intruder. To test the motivation for aggression, the residents were taught a nose-poking behavior, which would gain them access to the intruder, that lead once again to those aggressive behaviors like biting. The motivation of the conditioned residents was substantial, showcasing an actual want for the aggressive encounter [1] … those other rats must’ve been wearing the wrong colors. This study is not the first of its kind.  Other experiments in the past have shown that DA is tied to aggression, with tests showing increased levels of DA correlating with increased levels of aggression. As well as tests with DA antagonists, that stop DA from working properly, showing reduced levels of aggression.

After their initial trials, the scientists decided to test the DA link with aggression. They injected the mice with DA antagonists at different dosages, which would function to shut down the motivation for aggression. Running the same set of tests, the mice injected with a greater dosage showed much less of the nose-poking behavior, suggesting a weaker desire for the aggressive behavior than the control group portrayed. These findings establish the access to aggression as a positive reinforcement stimulus and rewarding. [1]

However, this is just the beginning, as this knowledge can be transferred to other realms of reward and motivation, such as drug addiction. But for now, maybe it’s time we look at aggression in a different light.  It is certainly a behavior to be controlled, but one that our brain finds rewarding.