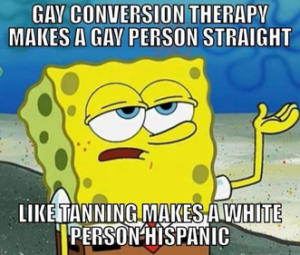 If I ask you to list the first words that come to mind when you think of sexual minorities, what would they be? Would you say stigmatized? Confused or misunderstood? Conversion therapy? Obese or druggie? The majority of people have perceptions about sexual minorities that result in discrimination against the LGBTQ community. These perceptions are often wrong!

In a 2017 study, University of Michigan researchers Rainey, Furman, and Gearhardt discovered that sexual minorities were more likely than the general public to suffer from food and drug addictions. What’s more, the intensity of these addictions increased with the levels of discrimination experienced.

Sexual minorities were more likely than the general public to suffer from food and drug addictions. The intensity of addictions increased with the levels of discrimination experienced. 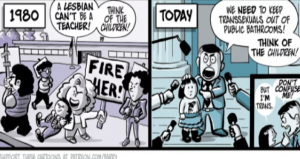 Imagine that every time you’re in public with your partner or spouse, you are ridiculed. Imagine being shamed by your family, friends, and religious organizations for your sexual identity, for you just being you. Imagine having kids who ask why their friends have a mother and a father when they themselves don’t. The traditional concept of a couple has been understood to be male and female. If individuals have sexual preferences that place them in the minority, they commonly feel shame. They may be forced into conversion therapy or disowned by their families and friends. They may be forced to start anew, with their previous lives being stripped away from them. Put yourself into their shoes. Wouldn’t you feel disheartened if you repeatedly experienced oppression? Wouldn’t you be desperate to find comfort in any way possible? If food and drugs were the only options available, couldn’t you see yourself becoming a food addict, drug addict, or both?

In Rainey et al.’s study, sexual minorities were twice as likely to suffer from food addictions, and they experienced more food addiction symptoms than their heterosexual counterparts. They were also more likely to begin abusing drugs at a young age. So, you may be wondering, are sexual minorities naturally predisposed to such addictions, or are the experiences they have in the social world at play? In fact, as the levels of discrimination that the participants experienced for their sexual identities increased, so did the intensities of both addictions. Even worse, risks for developing obesity, diet-type diseases, and emotional distress increase when food addiction symptoms are present.

Sure sexual minorities account for onlyabout 7% of the population, but that amounts to more than 22 million people. If we know how our misconceptions effect others’ addictions, 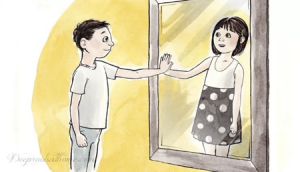 we will be better equipped to minimize, or eliminate, their implications. This can be accomplished by encouraging victims of discrimination to practice self-compassion by being kind to oneself. The researchers discovered that self-compassion was correlated with decreased likelihood of food and substance addictions; individuals experiencing high levels of self-compassion typically exhibit less extreme reactions, negative emotions, and mental health issues, as well as more accepting thoughts.

If we know how our misconceptions effect others’ addictions, we will be better equipped to minimize, or eliminate, their implications.

Maybe you don’t count yourself as a sexual minority, so this research may seem irrelevant to you, but chances are that someone you know and care about does. What can you do to help?

Encouraging victims of discrimination to practice self-compassion by being kind to oneself can make a big difference.