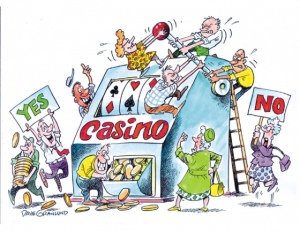 While no one is immune to the destructive effects of drug use, adrenaline junkies could face a higher cost than the rest of us. People who like to live on the edge may have a reputation for living life to the fullest, but new studies suggest that this approach to life has more dangers than just seeking out the next rush.

A study, by researchers from the University of British Columbia, divided rats into two groups, “risk taking” and “normal,” by introducing them to a game not so different from the slot machines found in casinos. This game had two “strategies.” One was low risk, low reward and the rats that picked this approach were labelled “normal.” The other option was high risk, high reward that really just meant when you lost you lost big. Ultimately the rats who chose the high risk strategy lost more than their “normal” counterparts. After being split into ,” some rats from each group were given cocaine daily. These rats then led the life of an overindulgent “partier” for the next couple of weeks. Mornings were spent gambling while afternoons were filled with cocaine. The researchers continually recorded the results from each gambling session and the amount of cocaine or saline consumed by each rat for 30 days. After that point the rat groups were cut off from cocaine, or saline, forcing them into withdrawal. The rats were made to adopt a new schedule that kept the morning gambling sessions, but instead left their afternoons substance free. 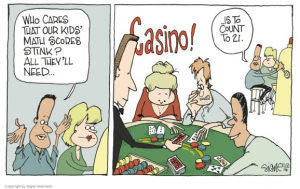 The most interesting result of this study was that the rats who were initially labelled as “risk takers,” when introduced to cocaine, showed signs of engaging in increasingly hazardous behaviors. During the morning sessions of the “slot machine” game the rats would make increasingly reckless decisions as the study continued and they were further exposed to cocaine. These decisions were far riskier and dysfunctional than any that they had made before engaging with cocaine. As a result of their riskier decisions they would receive bigger rewards if they won, but if they lost they would lose it all. In contrast the rats that had been placed in the didn’t show any similar trends. They kept the same game strategy throughout the entire study regardless of how much cocaine they were given.

Even though this study was done on rats, it suggests that people who are prone to making risky decisions face different and more damaging effects than those of us who are not. This has a lot of negative implications for adrenaline junkies who find their ways to drugs. This is especially true when you introduce the Gambling is so frequently paired with drugs that it almost seems as though you cannot have one without the other, but the findings of this study show that it could be a combination even more dangerous than we thought.