Tell me if this sounds familiar:

“I know my team’s gonna win big this game”

“Didn’t you lose a thousand the week before that?”

Typically, humans don’t take unnecessary risks. We like to play it safe. We prefer “a guaranteed $50 over a 50/50 chance at $100”[i](Ludvig, 2015). But after we’ve already won $100 the first round, are we likely to take the money and run? Or do we play on? Think of buying lottery tickets or flipping a coin. If you won before, you’re bound to try again. In most circumstances, when the risk is greater, so is the reward. But how does a history of success inform our decisions in risk-seeking behavior? 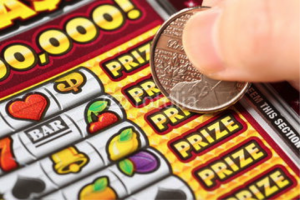 To answer, let’s start with memory. Sort of. Researchers at the University of Alberta found that once you remind someone of their recent winning, they’ll be that much more likely to make a riskier choice. Surprisingly, when you remind someone of a recent loss, it doesn’t affect their decision. Meaning that even when you prompt a memory of loss, their chances of gambling stay the same.

Tackling the issue, researchers came up with a computer game. Elliot A. Ludvig, alongside University of Alberta colleagues Christopher R. Madan and Marcia L. Spetch, developed a game of chance. In the program, participants were asked to make the choice between a door on the left, and the door on the right, then move on to the next set of doors. Depending on which door they picked, they received a certain number of points. Some doors had a 50/50 chance of two outcomes, one of greater and one of lesser value. At the end of the test, participants are paid up to $5 depending on how many points they scored.

In a recent interview, Eliot Ludvig, one of the head researchers in the experiment, commented on the oddity of the participants’ decision making, “Yeah it was wild, it’s like people don’t even care lmao”*

It’s easy to encourage someone’s optimism when gambling, but harder to make them stop. We’re more optimistic and willing to take more risks when we remember success. Playing the lotto, making bets, and taking a general gamble sounds more logical if we think back to our last win. Conversely, taking a loss doesn’t decrease our chances of making the same wager over again. When success is on the mind, we’re just slightly more invincible, for better or for worse.