How Sensitivity to Cocaine can Facilitate Addiction

Have you ever thought to yourself, “my friends aren’t sensitive enough”? Well, if you aren’t necessarily looking for emotional sensitivity, cocaine addicts just might fit your bill.

Researchers at the University of Michigan 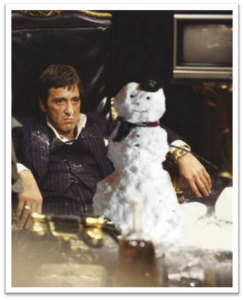 wanted to find out if the neurological effects from repeated amphetamine usage, such as sensitization, could predispose animals to cocaine addiction. Sensitization is the opposite of building up a tolerance; that is to say, sensitization occurs when using the same amount of a substance gradually yields a greater effect. When an individual repeatedly consumes so much of a substance that a neurological equilibrium is knocked out of whack, the brain will compensate by sensitizing the affected regions. Most people don’t associate sensitization with typical drug effects, but it’s actually common and disconcertingly easy to induce.

To test their hypothesis, the researchers pretreated one group of rats with amphetamines and another group of rats with a saline solution. Once the amphetamine rats were sensitized, the researchers gave both groups of rats extended access to cocaine and allowed all the rats to self-administer the drug as they pleased. In extended access drug studies, animals are given six hours of drug access and typically increase their drug intake over time. The researchers were trying to find out if the amphetamine pretreated rats would have a greater increase in their drug use than the saline solution rats.

The results of the experiment were in line with what the researchers had originally hypothesized: though the saline solution rats significantly increased their cocaine intake throughout the course of the study, the amphetamine sensitized rats’ cocaine intake eclipsed that of their saline solution counterparts. The neurological adaptations that result from addiction are relatively unknown, but these findings suggest that there may be a link between sensitizing the nucleus accumbens, which consequentially hyper-motivated the rats to consume more cocaine, and addiction-like behavior.

Could these results shed light on the high addiction rates for adolescents? In high school and college, students will frequently drink to excess or experiment with potent illicit substances. Binging lends itself to sensitization, and as this study suggests, sensitizing reward pathways in the brain likely contributes to the onset of addiction-like behavior. These findings also illuminate the dangers of cross-sensitization. Cross-sensitization happens when the sensitization induced by one substance effectively sensitizes an individual to multiple substances. In this experiment, the researchers used amphetamines to sensitize the reward system of the rats, which ultimately predisposed the rats to a cocaine addiction. With this in mind, let these rats be a lesson: don’t let a bad habit turn into a debilitating addiction, and be cognizant of how abusing one substance could affect how your brain reacts to another.